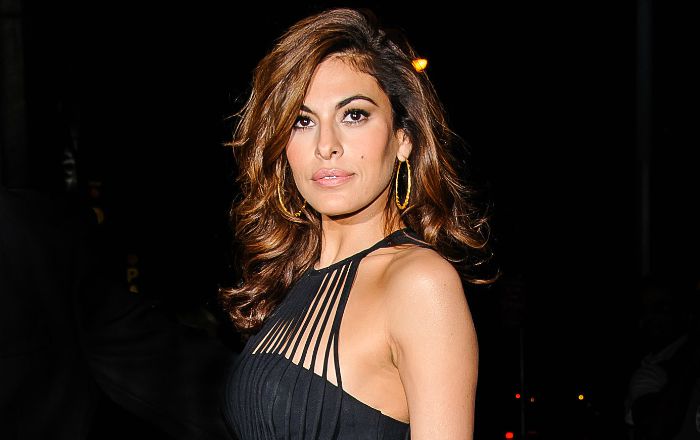 Eva Mendes is an American actress who became famous for her portrayal of the character Sara Harris in the film Training Day. She has starred in many successful films like  All About the Benjamins, 2 Fast 2 Furious, Ghost Rider, We Own the Night, Stuck on You, Hitch, and The Other Guys. Here’s everything you need to know about Eva Mendes.

Mendes is the daughter of Cuban parents Eva Pérez Suárez and Juan Carlos Méndez. Her older brother, Juan Carlos Méndez, Jr. died in 2016 from throat cancer. She also has an older sister, Janet, and a younger paternal half-brother, Carlos Alberto “Carlo” Méndez. She was raised by her mother in the Los Angeles suburb of Glendale after her parents’ divorce.

Eva attended Hoover High School in Glendale, California. She then enrolled at the California State University, Northridge to study marketing but dropped out to try her luck in Hollywood.

Eva Mendes has been in a live-in relationship with her The Place Beyond the Pines co-star Ryan Gosling since September 2011. They have two daughters: Esmeralda (born September 12, 2014) and Amada Lee (born April 29, 2016).

Mendes had her first appearance as Kir in the 1998 direct-to-video film Children of the Corn V: Fields of Terror.

Her first breakthrough role was as Sara Harris in Antoine Fuqua’s crime thriller Training Day. The role required her to go fully nude for a scene with Denzel Washington.

In 1998, she appeared in an episode of a TV series, ER for her role as Donna.

She achieved fame for her roles in the movies Hitch, 2 Fast 2 Furious, and Training Day.

Eva Mendes has a net worth of $20 million, as of 2023. She lives in a luxury house in Hollywood valued at $1.2 million with all luxury included like a , sauna, home office, bar, etc. She owns a Lexus RX400H.

Eva has appeared in the music videos of Will Smith, Pet Shop Boys, and Aerosmith.

She appeared nude in a print advertisement for Calvin Klein’s Secret Obsession perfume, an ad that was banned in the United States.

Her mother tongue is Spanish and she speaks English fluently as well.

In 2008, Eva has entered the Cinque Lodge rehab facility in Utah to battle substance abuse issues.

She is good friends with Cameron Diaz and Will Smith.

Eva was last seen in Gosling’s directorial debut Lost River in 2014. She quit acting in order to take care of her family and oversee her successful clothing line with New York & Company.

Mendes owns a range of bed linens and dinnerware that is sold at Macy’s. She also owns a fashion line called Eva by Eva Mendes, which is a collaboration with New York & Co.

She is serving as the creative director of the makeup brand CIRCA Beauty.