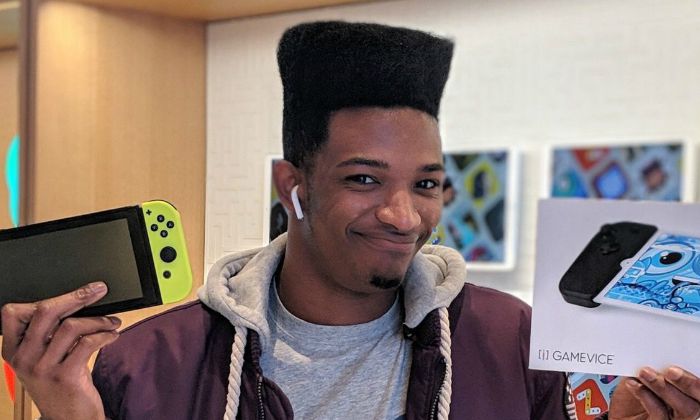 American Internet star and gaming vlogger who was probably known for live-streaming games and reaction videos for Nintendo products and games. His real name was Daniel Desmond Amofah and briefly worked as a model before he claimed to fame as a YouTuber.

On June 19, 2019, Etika posted a suicide video to his official YouTube channel and went missing. Six days later, the NYPD found a dead body on the East River, which was later identified to be his. Though the actual cause for suicide remains unknown, Etika suffered from mental illness and struggled with internet fame for a long period of time.

Etika was born on the 12th of May 1990, in Brooklyn, New York, United States of America.

Speaking about his family, not much information regarding his parents, education, and childhood are available on the web. His father, Owuraka Amofah, is a politician in Ghana. He has mixed ancestry. He took an AncestryDNA test, which confirmed his ancestry to be French as well as many others.​​​​​​

Etika was in a relationship with his ex-girlfriend, Alice Pika, from 2011 to 2017. The exact reason for the split is unknown. However, they were in good terms until his death.

He also dated a girl named Christine and they broke up in February 2017.

Etika began his online career in 2012 by live-streaming his gaming and also posted gaming reaction videos to his primary YouTube channel. He soon gained fame and his channel saw steady growth in terms of followers and revenue until its suspension in late 2018.

His primary channel was taken down for Community Guidelines violations. Etika posted pornographic content to his channel leading to the termination of his account. His Twitch was also barred that year for using a homophobic slur during a stream.

Etika’s ex-girlfriend Alice confirmed he had a mental breakdown and later stated that he was diagnosed with bipolar disorder. His second breakdown came in April 2019 when he posted a series of cryptic suicidal tweets, in fact, he was also detained by Brooklyn police for harming himself while streaming live on Instagram. The stream had more than 19,0000 viewers and a concerned fan informed the police about him. However, he was released several hours later.

Etika suffered from mental illness for a long period of time and had been hospitalized for the same. On June 19, 2019, Amofah posted a video titled “I’m Sorry” to his alternate channel TR1Iceman, and admitted to having mental health issues, struggling with the attention he had been having from streaming, and apologized for pushing people away from him. The video has since taken down. Amofah was reported missing that night.

On June 20, The NYPD tweeted his picture asking for help finding him. According to sources, police found several of his belongings, including his wallet, cellphone, laptop, clothing, and his Nintendo Switch on the side of the Manhattan Bridge on June 22.

On June 24, the police were informed that a body was found in the East River near Pier 16, which the police later confirmed it was Amofah. This location is only about a half a mile away from the Manhattan Bridge.

Friends of Amofah’s and members of the gaming and YouTube communities mourned his death by expressing condolences and support for his family.

Amofah used to be a model and rapper before his online career took off. He also continued to do modeling occasionally until 2015.

Etika had a cat named Bombay.

He once sued Sony and received a compensation of $25.

Etika’s primary YouTube channel had over 600 thousand subscribers before it was taken down.

His fans wanted YouTube to reinstate Amofah’s final video and leave the video up along with mental health and suicide prevention phone numbers.