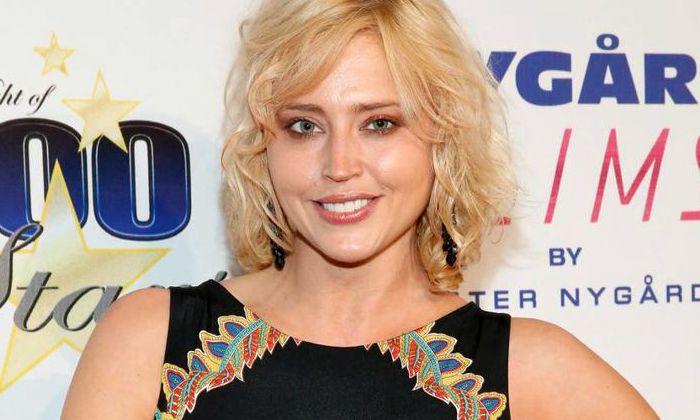 Hailing from Ontario, Canada, Estella Warren is perhaps best known as a model and actress. She’s also a former synchronized swimmer who won three national titles as a part of the Canada national team. She made quite a splash in the beauty industry and her credits include modeling for Victoria’s Secret and hosting a television special for the Sports Illustrated Swimsuit Issue.

Estella has also modeled as well as featured in campaigns for international fashion brands like UGG Australia, Andrew Marc, Perry Ellis, Nine West, Cartier, Volvo, De Beers, and Cacharel. Since beginning her career as an actress in 2001, Estella has appeared in a number of films and television series including parts in Planet of the Apes, Law & Order: Special Victims Unit, and Beauty and the Beast.

Estella Warren was born on the 23rd of December 1978, in Peterborough, Ontario, Canada. She is currently 43 years old.

Estella Warren was born third in a family of five to parents Esther and Don Warren. Her mother was an elementary school headmistress while her father worked as a used-car dealer. She has two older sisters, Esther and Julia Warren. She is of English and Canadian descent and possibly has Dutch roots.

Her maternal grandfather was William James Thomas Hicks and her maternal grandmother was Esther Elizabeth Beare. She attended and graduated from Silverthorn Collegiate Institute.

Concerning her romantic life, Estella Warren has had been in relationships with many men throughout her life. Her first known relationship was with Michael Burns.

She then briefly dated Paul Thomas Anderson from 2000 to 2001. Later she was romantically linked up with American actor Kevin Ian Pardue, however, this relationship didn’t last long and ended in 2002.

As a Synchronized Swimmer

A year later, she represented her country at the 1996 World Aquatic Championship and finished the first runner-up.

Estella Warren made her feature film debut in Michael Rymer’s Perfume in 2011, playing the role of Arrianne.

Estella landed her first acting role on Fox’s sitcom That ’70s Show in 2003, where she played Raquel in the episode titled “The Kids Are Alright”.

She has achieved huge fame in her home country as a synchronized swimmer. Having won three national titles, Estella got into modeling after being discovered by a modeling scout during her high school years.

Her passion for her career combined with her talents would eventually prove that she is prepared for everything in life. She leaves no stone unturned. During her extensive modeling career, Extella has worked with many international brands in their campaigns and commercials as well as featured on several magazines as a cover girl.

Estella has appeared on the cover of Vogue, Vanity Fair, Elle, Cosmopolitan, and World’s Most Beautiful, among others. Besides that, she has also worked with Victoria’s Secret and Sports Illustrated Swimsuit.

It’s no doubt that Estella has worn a lot of hats throughout her career, be it in swimming, or modeling or in acting. Some of her memorable acting roles include playing Daena in the 2001 science fiction film, Planet of the Apes, Belle in the 209 fantasy film Beauty and the Beast and as April Troost in the NBC crime drama series Law & Order: Special Victims Unit and Law & Order.

Through all her accomplishments in both the sports and creative industries, Estella has accrued a massive net worth for herself. As of 2019, Estella Warren’s net worth is estimated at $1 million.

She began to train in synchronized swimming at the age of 7 at the Etobicoke Olympium in Etobicoke in Toronto.

Estella was discovered by Rhonda Broadbelt Fonte, the owner of Broadbelt & Fonte Models in 1994 who then introduced her to fashion photographer Ellen Von Unwerth. He is the one who actually helped her launch her modeling career and booked her for a photo shoot for Italian Vogue.

She moved to New York City in 1994 to pursue modeling.

Estella won the Worst Supporting Actress award in 2002 for her performances in movies such as Driven (2001) and Planet of the Apes (2001).

She posed nude for the third issue of the 3D magazine World’s Most Beautiful in 2013.

In May 2017, Estella was arrested for allegedly throwing cleaning fluid on her boyfriend during a fight at her Los Angeles apartment. She was booked and released on $20,000 bail.