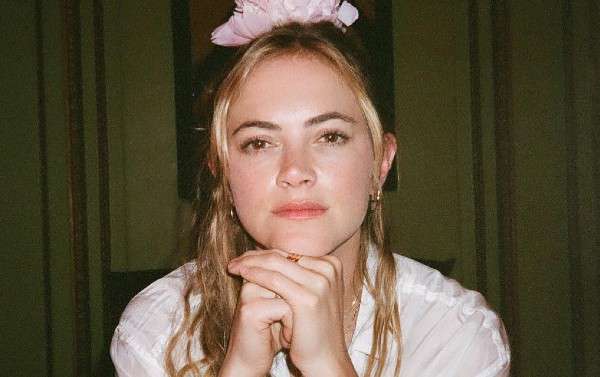 Emily Wickersham is an American actress who is most famously known for her role as NCIS Special Agent Eleanor Bishop in the hit television series NCIS. She has been a part of the show from 2013 until her departure in 2021, which means she left the show after the show’s 18th season.

She’s been a television darling for several years now, thanks to her striking good looks. Her appearance on a variety of other TV shows like Law & Order: Criminal Intent, and Gossip Girl are a testimony that she leaves no stone unturned. Here’s everything you need to know about this budding actress.

She has Austrian and Swedish ancestry.

Emily attended Muhlenberg College for two years and later dropped out of the college as she had other plans.

The budding actress has married musician Blake Anderson from 2010 until their divorce in 2018. The couple tied the knot on November 23, 2010, on Little Palm Island in the Florida Keys. Even though they had been in a very serious relationship, she didn’t produce any child with her ex-husband or they had no plans to have a kid either.

The couple separated in 2018 after being together for more than eight years. Their divorce was finalized in December of the same year.

Though she has starred in a variety of films and TV shows in a career spanning more than 15 years, it was her role in the long-running TV series NCIS that made her popular among fans from all over the world. On the show, she portrayed the character of NCIS Special Agent Eleanor “Ellie” Bishop while appearing in a total of 172 episodes.

The fabulous actress has made a huge net worth for herself, thanks to the television series NCIS. She has basically spent all these years in the spotlight that has not only garnered her popularity among the television audience but also has amassed a huge following on socila media.

As of 2022, Emily Wickersham has a net worth of $6 million, according to Celebrity Net Worth. In March 2020 Emily purchased a home worth $2.6 million in the Los Feliz neighborhood of Los Angeles.

She spent her early life in Mamaroneck in New York.

After dropping out of college, Emily moved to Los Angeles with high hopes of making it big in Hollywood. Her dreams came true when she landed the role of Kate in the 2007 film Gardener of Eden.

She has made numerous guest appearances on television inducing Gossip Girl and played Molly Conway in the film Gone (2012).

Emily joined the cast of NCIS during season 11 and quickly became a household name. After almost eight years run, she departed from the seines in 2021.