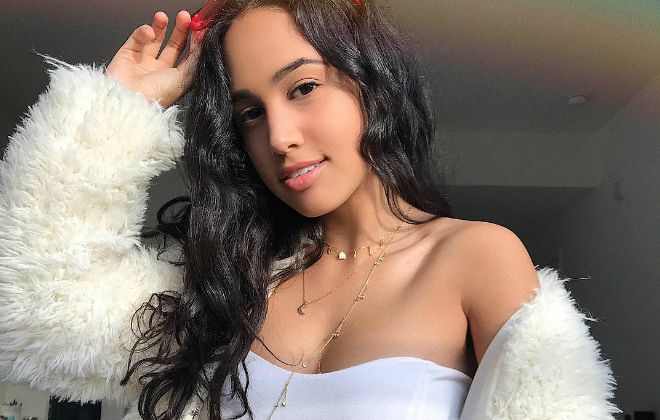 Emily Tosta is an upcoming model and actress from the Dominican Republic. She first gained fame as a model featuring in ad campaigns and commercials before landing roles in stage productions. She is known for her appearances in musicals like ‘The Miracle of Fatima,’ ‘Alice in Wonderland,’ ‘Cats,’ ‘Like in Broadway,’ and ‘A Christmas Adventure in Broadway,’ to name a few. She is also known for her work on the web series ‘United Families’ and TV shows ‘The Last Ship’, ‘Rosewood’, ‘NCIS: Los Angeles’.

As of 2022, Emily Tosta is reportedly worth a whopping $2 million dollars.

Emily Tosta was born on the 26th of March 1998, in Santo Domingo, Dominican Republic. She is 24 years old and her zodiac sign is Aries, which means she’s considered to be adventurous, dynamic, ambitious, and competitive as well as known for her leadership qualities. Check out to find out which celebrities share Aries sign and discover their stories.

Of Lebanese, Brasilian, Italian, and Venezuelan descent, she holds Dominican nationality and lives in Los Angeles, California, the United States. Very little is known about her family and childhood, including she grew up with her older sisters Karla and Gaby.

Emily Tosta was in a relationship with social media personality Crawford Collins from 2015 until July 2018.

Emily made her television debut as Gina Joven on the show Dama y Obrero in 2013.

Known for her appearances in the web series, United Families and on TNT’s, The Last Ship. She also appeared in a lot of musicals.

Emily Tosta has an estimated net worth of $2 million dollars, according to the media.

Emily Tosta entered the show business at the age of six and has since expanded her portfolio to singing, acting, and dancing.

She got her first acting break at the age of 8 when she landed a lead role in the well-known musical ‘The Pied Piper of Hamelin.’

She with her family moved to Miami, Florida at the age of 12 and lived there for around 4 years before settling down in Los Angeles, California.

Emily is a trained guitar and piano player.

In her free time, she loves to stay active by doing outdoor activities and attending TRX classes, Ballet, Modern Dance and Yoga.