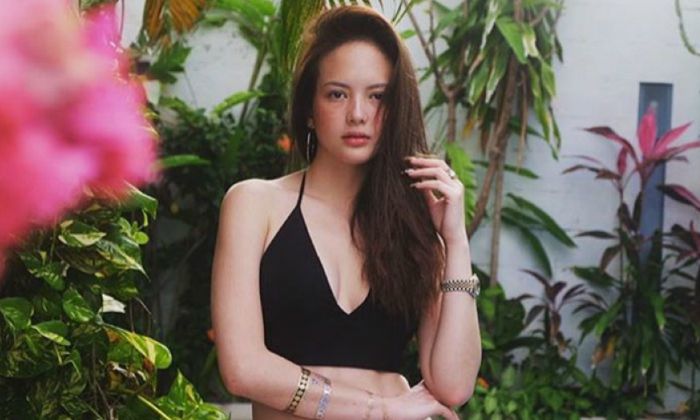 Ellen Adarna is a Filipino actress, model, and entrepreneur who is best known for starring in TV shows such as Home Sweetie Home, Langit Lupa, Moon of Desire and Alice Bungisngis and her Wonder Walis. She has also starred in movies including My Illegal Wife, Beauty in a Bottle and You’re Still The One. Also a model, the Philippine actress made it to the cover of magazines such as Candy, FHM, Esquire, UNO, Preview, Speed and Women’s Health.

Ellen Adarna was born on April 2, 1988, in Cebu City, Cebu, Philippines, and her zodiac sign is Aries. Adarna is the oldest and only daughter of a Filipina-Chinese mother, Meriam Go, and a Spanish father, Alan Modesto Adarna. She is of Chinese and Flipino descent and her nationality is Filipino.

Her father is an entrepreneur who runs a chain of motels called Queensland and various hotels, resorts, condominiums in the Philippines. She has four younger brothers, Carlitos Adarna, Danton Manuel Adarna, Brunonate Adarna, and Teodorico Adarna. She attended Saint Theresa’s College in Cebu.

Ellen has been in a relationship with fellow actor, model John Lloyd Espidol Cruz since 2017. In late 2017, she made it to the headlines of various tabloids which claimed that she was pregnant with her first child with boyfriend John. Later that year, she posted a lot of pictures of them together enjoying their time in Europe when they went there for a vacation. The couple welcomed their first child, a son, on June 27, 2018, at Chong Hua Hospital in Cebu.

The couple maintains a low profile ever since they started dating one another, however, there were spotted together on numerous occasions. Ellen had previously dated J.C. Intal, a Filipino basketball player in 2010 and businessman Filo Cucueco from 2010 to 2013. She was also in a relationship with businessman Raoul Olbes from 2012 to 2014 and dated TV host Sebastian “Baste” Duterte in 2016.

Ellen Adarna made her acting debut in 2010 with a minor role in the comedy-fantasy crossover film, Si Agimat at si Enteng Kabisote.

Since then, she has appeared in movies like Boy Pick-Up: The Movie, Basement, My Illegal Wife, Beauty in a Bottle and You’re Still The One.

In the year 2010, she debuted on the TV game show, Asar Talo Lahat Panalo! as herself. She landed her first acting job with a supporting role in the 2010 Philippine fantasy drama series, Mars Ravelo’s Captain Barbell.

Ellen is very successful on television than films, with starring in a number of TV shows. She met with critical praise for her portrayals in Alice Bungisngis and her Wonder Walis, Indio, Langit Lupa, Moon of Desire, Pasión De Amor and Home Sweetie Home.

Throughout her acting career, Ellen has endorsed a number of brands and products including Bench Body, Nice Day Coffee, Sprite, Blair Japan, and Illumina, to name a few.

Ellen is not only an actress but as everybody would probably be known, she hails from a wealthy family in Cebu. Her family has been involved in various businesses, including hotels and construction. They own a chain of motels, Queensland, located in Manila, Cebu, and Davao.

In addition, they also own various hotels, resorts, and condominiums. Though coming from a wealthy family, she builds her empire on her own fame. Without a doubt, she is a millionaire, even before she carved a niche for herself in the entertainment industry, but, relatively speaking, her exact net worth is unknown.

She worked as a housekeeper and a secretary in her father’s company.

She was disowned by her father for two years because he doesn’t want her to be an actress and model.

In the early days of her creative career, she worked in a call center to make her ends meet.

Ellen began her career as an internet celebrity before she entered show business.

As a model, she was featured on the covers of many Filipino glossies like FHM, Candy, Esquire, Women’s Health and UNO.