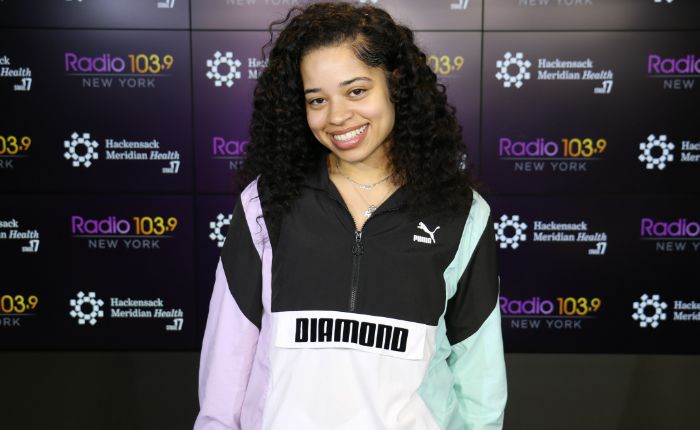 Who is Ella Mai?

English singer and songwriter Ella Mai, who gained enormous fame for her eponymous debut studio album, which featured hit tracks “Boo’d Up” and “Trip”. The single “Boo’d Up” won the Best R&B Song award at the 2019 Grammy Awards. She has released a number of singles and EPs under the label 10 Summers Records, which is owned by DJ Mustard.

Ella Mai was born on November 3, 1994, in London, England, United Kingdom. She is currently 25 years old.

Ella moved to the US with her family when she was 12 years old, where she studied at The Queens High School of Teaching, Bellerose, New York. She then earned creative musicianship at the British and Irish Modern Music Institute London.

Ella refrains herself from revealing any details about her relationship status to the public. Though she is highly secretive about her love life, some sources have linked her with basketball player John Wall in 2018. He tagged her in one of his videos on social media, which made tabloids to arrive at a conclusion that they might be dating each other. But neither of them has declined nor confirmed the claim.

In August of 2018, whispers began to sneak around that she is either bisexual or homosexual because a video of her fondling with fellow singer Kehlani went viral on social media. Ella didn’t respond to the video even after sources claimed that they were in dating each other but she doesn’t want to discuss it as she was worried about being labeled lesbian. However, Kehlani herself came into the picture and confirmed that they were just close friends and went on the extra mile saying that the picture was taken during her music tour.

Ella released her debut Extended play titled “Time” on 15th February 2016, which was made available on digital platforms. The EP was the first of her EP trilogy, which featured the single “She Don’t” by Ty Dolla Sign. Her second EP “Change” was released on 18th November 2016 and her third EP “Ready” on 22nd February 2017.

She launched her self-titled debut studio album on 12th October 2018. The album peaked at #5 on the US Billboard as well as topped the R&B/Hip-Hop Airplay chart. The album was a massive hit in terms of sales and popularity and landed on music charts in several countries such as Canada, Australia, the UK, Ireland, and New Zealand. The album spawned hit singles “Boo’d Up” and “Trip”, with the former winning the Grammy Awards for Best R&B Song.

Ella Mai found plenty of success with her hit single “Boo’d Up”, which peaked at #5 on the US Billboard Hot 100 chart and was certified as 2x Platinum by RIAA.

Ella’s net worth is estimated at $6 million. She resides in the UK. Not much is known about the cars that she drives and the house that she lives in.

Her parents named her after the iconic jazz singer, Ella Fitzgerald.

As a child, she got trained in acting, dance, and vocals.

In 2014, she competed on the 11th season of the music reality show The X Factor along with her crew named Arize which was formed with a few like-minded girls. Unfortunately, they couldn’t make past the audition round.

In the early years of her singing career, she posted cover songs of popular artists to her social media accounts. Some of her covers caught the attention of musician DJ Mustard, who eventually signed her to his record label “10 Summer Records,” an imprint of Interscope Records, one of the biggest American record labels.

In New York, she played soccer and was a part of the school team and a local club. She continued to play soccer even after moving to London.

In 2018 she won three Soul Train Music Awards, two for her single “Boo’d Up” and one for herself in the category “Best R&B/Soul Female Artist.”

In August 2018, she toured across the major cities in the US as a part of ‘The Boo’d Up Tour’.

She considers herself a tomboy and says that she is the least feminine girl anybody would ever find.

Also a social media star, she has amassed over 2.6 million followers on Instagram and more than 2.3 million subscribers on YouTube.