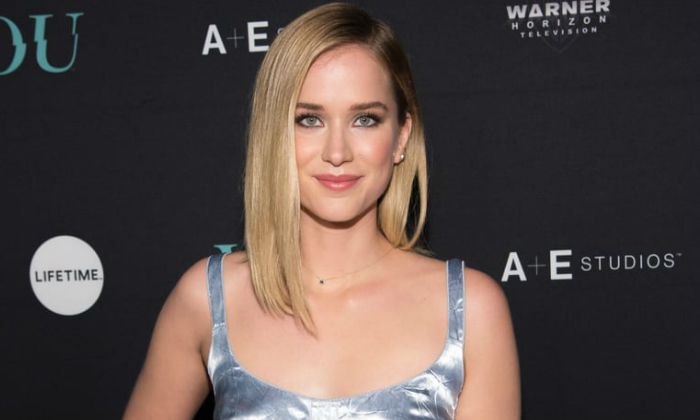 Elizabeth Lail is an American actress from Williamson County, Texas who made her mark in the glamour world with her role as Anna in the ABC adventure fantasy television series Once Upon a Time.

She was cast in the lead role of camp counselor Amy Hughes in the Freeform horror series Dead of Summer. In 2018, she landed the lead role of Guinevere Beck in the first season of Lifetime television series You.

Elizabeth Lail was born on the 25th of March 1992, in Williamson County, Texas, United States of America. She is currently 30 years old.

Elizabeth graduated from Asheboro High School in 2010. She enrolled at the University of North Carolina School of the Arts from where she graduated in May 2014.

It appears that Lail could be possibly single. She is a very private person and doesn’t reveal much about her personal details to the media. According to tabloids, she dated Australian actor Julian Haig from 2015 until their breakup in 2016.

Elizabeth Lail’s first onscreen role was as Lea in Anja Murmann’s thriller film, “Unintended” which was released in 2018.

In addition to her debut film, she has also starred in a couple of short films called “Model Airplane” and “Without”. She was credited as Elizabeth Dean Lail in both films.

Elizabeth got her to start in television in 2014 when she landed in the recurring role of Anna in the fourth season of the ABC adventure fantasy television series Once Upon a Time. It was her first major breakthrough role in her career that led her to stardom

Elizabeth has done endorsement work for brands like Batsheva Dresses and HER’S By Chantell.

Lail had spent most of her early life in Asheboro, North Carolina.

She got interested in acting at the age of 14 after starring in a small role in a community theater production of Seven Brides for Seven Brothers.

After graduating from college, she moved to New York City to try her luck in acting. She initially intended to be a stage actress but after getting through the audition for ABC’s Once Upon a Time, she continued to be a mainstream actress.

She starred in student film productions, such as Model Airplane and Without before beginning her professional acting career.

Elizabeth was one of the actresses considered for the lead role in Supergirl before Melissa Benoist was offered that role.

She is close friends with actress Nicole Kang and singer Kathryn Gallagher.

She worked as a babysitter in the day before being booked for a role in Once Upon A Time.

Elizabeth Lail is an active supporter of Space on Ryder Farm, a charity that aims at providing a safe and peaceful environment to artists.