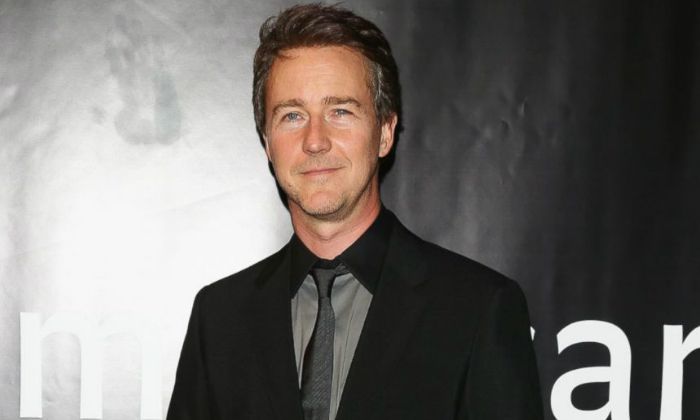 Edward Norton is an American actor and filmmaker. He received Academy Award nominations for his work in the movies Primal Fear, American History X, and Birdman. He is also known for his starring roles in hit movies such as Fight Club, Red Dragon, Kingdom of Heaven, The Illusionist, Moonrise Kingdom, and The Grand Budapest Hotel. Asides from being a successful actor, Norton is an environmental and social activist. As of 2022, Edward Norton has a net worth of $300 million.

Edward Norton was born on the 18th of August 1969, in Boston, Massachusetts, United States of America. He is currently 52 years old.

Norton was born to Edward Mower Norton and Lydia Robin Norton. His father served in Vietnam as a Marine lieutenant and was later an environmental lawyer and conservation advocate working in Asia, as well as a federal prosecutor in the Carter administration. His mother was an English teacher, who died of a brain tumor in 1997.

His maternal grandfather, James Rouse, was an American urban planner, real estate developer, philanthropist, and civic activist. He founded The Rouse Company, which is responsible for the development of Columbia where Norton grew up. His maternal step-grandmother, Patty Rouse is also a businesswoman. He has two younger siblings, Molly and Jim.

Edward has English, Irish, German, and Scots-Irish (Northern Irish) ancestry. He graduated from Wilde Lake High School in Columbia, Maryland in Columbia in 1987.

He later attended Yale University and graduated with a Bachelor of Arts degree in 1991. During his time, he starred in university productions alongside Ron Livingston and Paul Giamatti.

Norton and his brother attended Camp Pasquaney on the shores of Newfound Lake in Bristol, New Hampshire from 1981 to 1985, winning the acting cup in 1984.

Norton married Canadian film producer Shauna Robertson in 2012 and they have a son, Atlas Norton, born in 2013.

Edward Norton made his screen debut playing Aaron Stampler / Roy in the 1996 neo-noir crime-thriller film Primal Fear. His performance was highly praised by critics, describing it par equal to Richard Gere’s performance, who played the lead character. Norton won several awards, including a Golden Globe Award, and was nominated for an Academy Award for Best Supporting Actor.

Norton had his first television gig as a voice artist where he provided his voice to the characters Devon Bradley and Reverend Elijah Hooper in Fox’s animated sitcom The Simpsons in 2 episodes.

He earned his first acting role in the pilot episode of Comedy Central’s short-lived TV series Stella, where he played himself, in 2005.

Best known for his Oscar-nominated appearances in Primal Fear (1996), American History X (1998), and Birdman or (The Unexpected Virtue of Ignorance) (2014).

His other notable performances include his roles as The Narrator in Fight Club, Bruce Banner / The Hulk in The Incredible Hulk and as Henckels in The Grand Budapest Hotel.

Norton has appeared in a number of TV commercials and print ads for Independent Film Channel, Droid by Motorola, PRADA designer phone, and Verizon.

After graduating from college, He briefly worked for his grandfather’s company in Osaka, Japan.

He briefly worked as a guitarist with Courtney Love’s band, Hole in December 1998.

He did several odd jobs such as a waiter, a proofreader, and a director’s assistant to support himself while he was trying to get his hand in acting in New York City.

Apart from English,  Norton can speak Spanish fluently and some French.

He is good friends with Brad Pitt.

In 2003,  he won a Village Voice Obie Award for his role in the off-Broadway show Burn This.

In July 2010, Norton was designated as the United Nations Goodwill Ambassador for Biodiversity by UN Secretary-General Ban Ki-moon.

Edward is an honorary board member on the Board of Directors of the Columbia Center for Theatrical Arts, and also a member of trustees of Enterprise Community Partners.

On July 2, 2014, Norton was elected chairman of the board of trustees to Signature Theatre, a not-for-profit theater company in New York

Norton is a fan of the Baltimore Orioles.

He has a private pilot license.