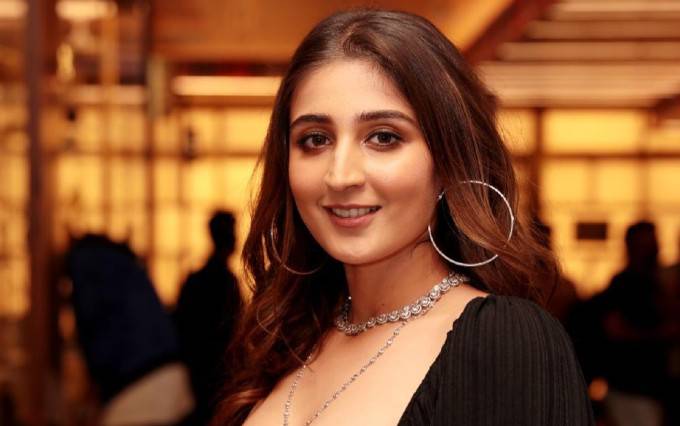 Dhvani Bhanushali is an Indian singer who burst onto the pop scene in the late 2010s with the acoustic rendition of the song – “Humsafar” in the movie Badrinath Ki Dulhania. The singer, who is now 24, has already made a splash in the Indian pop music scene, becoming the first Indian singer to hit a billion views on YouTube in 2019 with the Bollywood song “Vaaste”. Apart from vocal works, Dhvani has also starred in a handful of music videos, including the likes of “Ishare Tere” with Guru Randhawa and “Dilbar” from Satyameva Jayate – both instant hits that elevated her singing career. The singer has also released several solo works, and some of the chart-topping numbers are “Leja Re”, “Main Teri Hoon,” “Mehendi” and “Mera Yaar.” On Instagram, she has accrued over 7 million followers.

Dhvani Bhanushali is the daughter of Vinod Bhanushali and his wife Rinku Bhanushali. Her father worked as a President of Global Marketing and Media Publishing for T-Series for 27 years. He now runs his own company called Bhanushali Studios Limited. Her mother is from a Hindu Kutchi family. She has a younger sister named Diya Bhanushali.

She realized her passion for music at a young age and went on to study music. Prior to her rise to fame as a singer, she would upload songs to YouTube. Her channel now boasts over 3.2 million followers.

She participated in season 7 of MTV Unplugged and amazed the audience and judges alike with her powerful rendition of the song Naina.

In 2018, she began her professional career with the song Ishtehaar for the movie Welcome To New York. She co-sang the song with the popular Pakistani singer Rahat Fateh Ali Khan.

Over the years, she has worked with some of the biggest names in the industry like Neha Kakkar, Diljit Dosanjh, Arijit Singh, Javed Ali, Yazin Nizar, Tanishk Bagchi, Jubin Nautiyal, and Ankit Tiwari.

She has released a lot of solo songs like Ishare Tere, Leja Re, Vaaste, Nayan, and Candy, among many others.

Her most popular solo work was Vaaste which she sang with Nikhil D’Souza. The song was released on YouTube on April 6, 2019, and has since garnered more than 1.4 billion views, making her the youngest Indian pop star to have the fastest 1 billion views on YouTube.