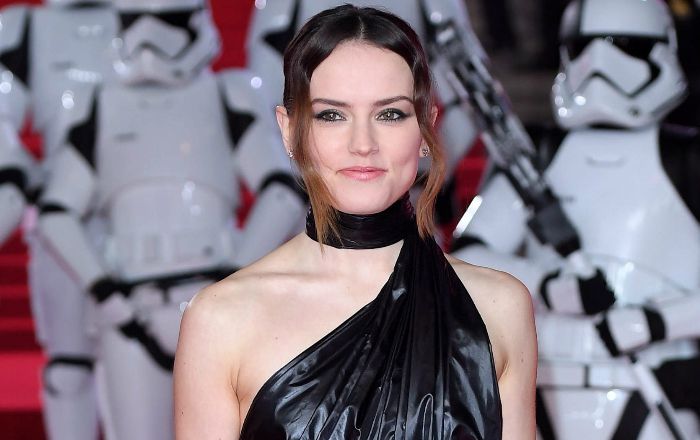 Daisy Ridley is an English actress who became known for her role as Rey in the Star Wars sequel trilogy, beginning with Star Wars: The Force Awakens. She played Mary Debenham in Murder on the Orient Express, an adaptation of Agatha Christie’s detective novel of the same name. She started her acting career playing minor and guest roles on television, but her talent was enough to land her in a high-budget Hollywood movie. As of 2022, Daisy Ridley has a net worth of $9 million dollars.

Daisy Ridley was born on the 10th of April 1992, in London, England, United Kingdom. She is currently 30 years old.

At age 9, Ridley was offered a scholarship to Tring Park School for the Performing Arts in Hertfordshire, from where she graduated at age 18. She then enrolled at the Birkbeck, University of London, to study classical civilization, but not long before, she dropped out to focus on her acting career.

In 2016 Ridley began studying for a Bachelor of Arts in social science through online courses with the Open University.

Daisy Ridley has been dating actor Tom Bateman since 2017. They both first met on the set of Murder on the Orient Express. They became engaged in June 2019.

She was in a long-term relationship with fellow British actor, Charlie Hamblett before dating an unknown man. She prefers to keep her love life under the wraps.

Daisy made her screen debut in 2015 with the British supernatural horror-thriller film, ‘Scrawl’ for her role as Hannah.

Prior, she has starred in many short films, beginning in 2013, with Lifesaver, Blue Season, 100% BEEF, and Crossed Wires.

In 2013, Ridley earned her first acting role as Fran Bedingfield in the BBC’s medical drama series Casualty in just one episode, “And the Walls Come Tumbling Down.”

Her breakthrough role was as Rey in the Star Wars films, Star Wars: The Force Awakens (2015) and Star Wars: The Last Jedi (2017). She earned a lot of accolades for her role and the franchise eventually became one of the highest-grossing films of the year.

She was trained as a dancer and singer at the Tring Park School for the Performing Arts.

She worked as a bartender in London before becoming a star.

Daisy was featured in the music video for the song “Lights On” by Wiley (feat Angel & Tinchy Stryder).

She got several tattoos all over her body with the first one being inked when she was 15, a tattoo of three stars on her left foot, a tattoo of the alchemical symbol of air on her upper right thigh, and a peace symbol tattoo behind her right ear.

She won  “Best Breakthrough Performance” at the MTV Movie Awards on her 24th birthday.

Daisy has her own wax figure featured in Madame Tussaud’s wax museum.

She is allergic to cats.

Since 2017, she’s voicing the character Rey on the YouTube series ‘Star Wars Forces of Destiny’.