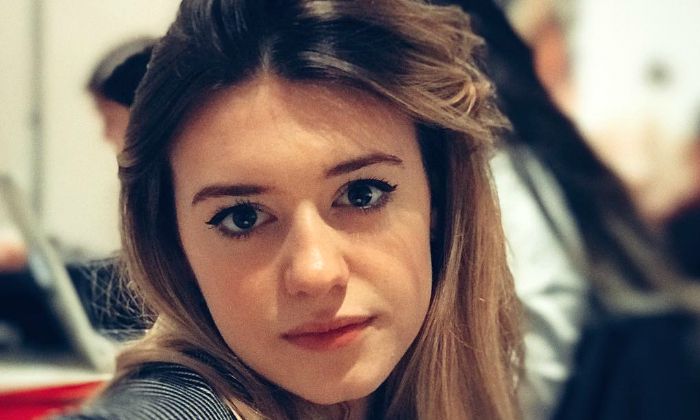 Who is Daisy Edgar-Jones?

Daisy Edgar-Jones is an English actress who caught the spotlight after being cast in the recurring role of Olivia Marsden in the drama series Cold Feet. In 2019, she landed the role of Emily in the Fox drama series, War of the Worlds, which brought in her a lot of fame and recognition. This role made her even more popular in the show business that eventually led to the role of Marianne in Normal People. Her other notable roles include Delia Rawson in Gentleman Jack and Jessica Thompson in Silent Witness. Besides all this, she played Cassie in Bill Buckhurst’s drama film, Pond Life, starring Esme Creed-Miles, Tom Varey, and Angus Imrie.

Daisy Edgar-Jones was born on the 24th of May 1998, in London, England, United Kingdom. Sheis currently 21 years old.

Talking about her family, Daisy Edgar-Jones hasn’t shared much about her personal matters with the media thus we could hardly find any information regarding her parents, siblings, or her childhood.

She completed her schooling from The Mount School for Girls and then attended Woodhouse College for her college studies. She studied acting at the National Youth Theatre.

Daisy, unlike other actresses in the show business, is usually not vocal about her relationship status. It may be due to the fact that she is quite new to the industry and doesn’t want to catch up.

Daisy made her feature film debut as Cassie in the 2018 drama film, pond Life. Directed by Bill Buckhurst, the film stars Esme Creed-Miles, Tom Varey, Angus Imrie, and Abraham Lewis among other stars. The film is about a group of teenage friends who embark on a life-changing fishing trip in the summer of 1994.

Daisy Edgar-Jones kicked off her acting career in 2016 when she was just 17 years old. She played the character of Olivia Marsden in ITV’s British comedy-drama, Cold Feet, alongside James Nesbitt.

Daisy was so lucky that her first acting gig in the drama series Cold Feet was lauded by critics that brought in her a lot of fame in her home country. She quickly became popular as an actress.

She won her first major role as Emily in the 2019 series, War of the Worlds, opposite Gabriel Byrne and Elizabeth McGovern. The series is based on the television adaptation of the H.G. Wells novel of the same name.

According to authoritative sources, Daisy Edgar-Jones has an estimated net worth of $600 thousand dollars.

Daisy Edgar-Jones has quite a presence on social media. She can be found on Instagram @daisyedgarjones, where she has 15,000 followers. She has amassed over 7,500 followers to her Twitter account.

She had spent her entire early life in Muswell Hill, London, England.

In 2017, she played April in the play The Reluctant Fundamentalist, which was staged at the Bradford Literary Festival as well as at the Edinburgh Fringe Festival.

She performs the character named Zara in Albion at the Almeida Theatre, London.

In 2020, She was picked up to play the main role of Marianne alongside Paul Mescal as Connell in the Hulu and BBC Three series Normal People, an adaptation of the novel by Sally Rooney.