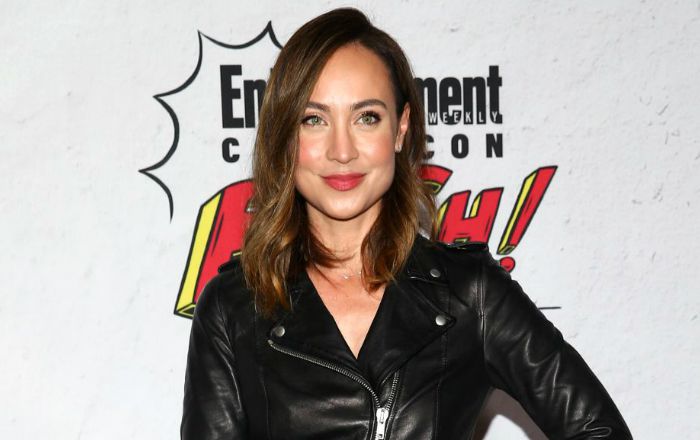 Courtney Ford is an American actress who is best known for her recurring roles as Christine Hill on the Showtime series Dexter, and as Nora Darhk in Legends of Tomorrow. She starred as Lily on Parenthood, Tonia Pyne on Murder in the First, Kate Taylor on Revenge and Kelly Kline on Supernatural. She played a lead role of Jessica Crowder in the Lifetime television film Kept Woman.

Courtney Ford married actor Brandon Routh on  November 24, 2007, at El Capitan Ranch in Santa Barbara. The couple got engaged on August 23, 2006. Together, they have a son named Leo James Routh who was born on August 10, 2012.

Courtney Ford landed a small role in the comedy sports film, BASEketball in 1998, where her role wasn’t credited.

She had her first credited role as Sterling in the sci-fi horror movie, Alien Raiders in 2008.

Courtney  made her debut appearance in an episode titled Saving Private Ryan of the UPN Network sitcom, Moesha in 2001.

Her appearance in the TV shows Dexter, Legends of Tomorrow, Supernatural, Parenthood, and True Blood.

As of 2023, Courtney Ford’s estimated total net worth stands at $4 million.

Since then, she has appeared in a number of hit TV shows and also lent her voice for the lead characters in a bunch of TV series.

She got acting training from prestigious The Lee Strasberg Theatre and Film Institute.

Courtney Ford starred in the hit HBO series True Blood as Portia Bellefleur, Andy Bellefleur’s sister. She was a recurring cast member in the fourth season.