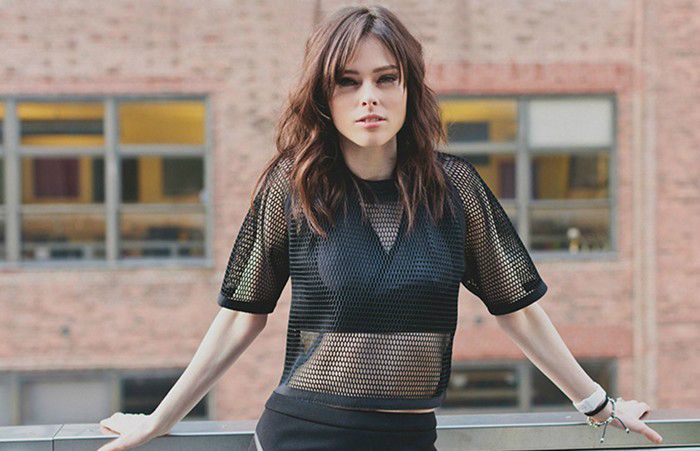 Coco Rocha is a famous Canadian fashion model best known for her work with industry-leading designers like Stella McCartney, Shiatzy Chen, Christian Lacroix, Emanuel Ungaro, and Marc Jacobs. She has appeared in a number of TV shows such as America’s Next Top Model, The Face, and Australia’s Next Top Model. She has a huge fan base on different social media platforms and in April 2012, she became the first high-fashion model to have more than one million followers on the social media platform Google+.

Coco Rocha is the daughter of Trevor Haines and Juanita Rocha. She has two siblings.

Though she has not acted in a feature film, she has appeared in a short documentary film. ‘Letter to Haiti’ in 2011. It was premiered in October 2011 in Toronto and in December 2011 in New York.

Her modeling career started off when she was 15 years old, but her breakthrough came in 2006 when she landed the cover of the April 2006 issue of Vogue Italia.

In 2007, she opened Jean Paul Gaultier’s Scottish Highlands-inspired Fall/Winter 2007 show by Irish-dancing down the runway.

In October 2010, Rocha was given Marie Claire’s Prix d’Excellence as their model of the year at a ceremony in Paris.

In February 2011, she was awarded the Elle Style award for ‘Model of the Year’ by Boy George in London

She appeared as herself in The September Issue, a fly-on-the-wall documentary film about American Vogue magazine.

In August 2011, she was the face of an upcoming Karl Lagerfeld for Macy’s collection.

In 2013, Rocha appeared as one of the judges on the first season of the Oxygen network reality show The Face.

Rocha was awarded the “Model of the Year Award” at the Canadian Arts and Fashion Awards in Toronto, Canada in 2014.

In 2015, she appeared on Australia’s Next Top Model in its ninth episode where she gave the girls a lesson on posing.

In 2014 she received the prestigious Vienna Fashion Award as Style Icon at a lavish ceremony at Vienna’s Museumsquartier.