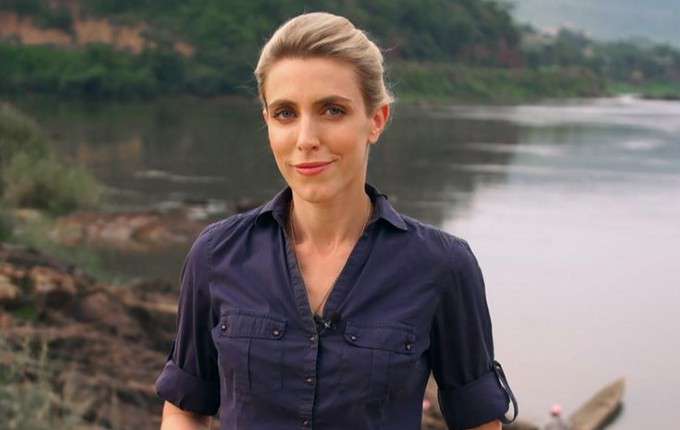 Clarissa Ward is a multi-award-winning journalist who currently works for CNN as their Chief International Correspondent. Having started her career in journalism back in 2002 as an intern, Ward now shines as one of the most decorated journalists in the world. She has spent years reporting from conflict zones across the world from Syria, Iraq, Afghanistan, and Yemen, to name a few.

She hit the global spotlight in 2021 for her exclusive reporting during the Afghan crisis when the Taliban took over the country by force after 20 years. In 2016, the International Center for Journalists (ICFJ) awarded her the prestigious Excellence in International Reporting Award for her daring coverage in conflict zones like Iraq and Syria. Besides all this, Ward is also a bestselling author that has published a book titled “‘On All Fronts: The Education of a Journalist” that best illustrates her effort as a conflict reporter.

She is of English and American descent.

Ward is the only daughter of Rodney Ward and his wife Donna Ward. Her mother is American while her father is British. Her parents separated when she was two and she moved to the US with her mother. She grew up in the Upper East Side in Manhattan and used to spend her summers at her grandmother’s home in London. Other than that, not much is known about her family or her childhood.

She spent her early life juggling between New York and London. After completing high school, she enrolled at the prestigious Yale University and graduated from there in 2013.

In addition, she received an honorary doctor of letters degree from Middlebury College in Vermont.

Clarissa Ward has been married to her longtime boyfriend Philipp von Bernstorff, a fund manager, since November 2016. The couple started dating after meeting at a dinner party in Moscow in 2007. Their wedding took place at London’s Chelsea Old Town Hall.

Ward welcomed her first child with her husband, a daughter named Ezra Albrecht Nikolas Nour on 2 March 2018. On June 29, 2020, she gave birth to their second child, a boy, Caspar Hugo Augustus Idris.

The 41-year old London-based journalist has traveled and lived across the world in her illustrious career, reporting from the front lines of the most dangerous places in the world including Syria, Iraq, and Afghanistan. She has taken multiple assignments including undercover operations in conflict zones like Syria, Iraq, Afghanistan, Yemen, and Ukraine.

She published her book “On All Fronts: The Education of a Journalist” on the 8th of September 2020.

Ward launched her journalist career in 2003 by joining Fox News as its overnight desk assistant. Being passionate about what she does, she quickly rose through the ranks to become a correspondent. During her time there, she covered major stories including the Iraq War troop surge of 2007, the Beirut Arab University riots, and the 2007 Bikfaya bombings.

In October 2017, she joined ABC News as their news correspondent based in Moscow. She spent her first two years there covering various stories as well as contributed to other shows of the network. Before she was transferred to Beijing she was assigned to cover the Russian Presidential elections. She reported the 2011 earthquake and tsunami in Japan and the 2008 global food crisis, for which she received an Emmy Award for Business and Financial Reporting.

Before joining CNN, she spent around five years as a foreign news correspondent for CBS News. Apart from being a regular contributor to the 60 Minutes show, Ward took on major assignments including the Syrian Uprising and the 2014 Ukrainian revolution.

She joined CNN in September 2015. Based in London, she was a part of the team that investigated the poisoning of Russian opposition leader Alexey Navalny.

In 2019, she was named the Reporter/Correspondent of the Year by the Gracies.

After joining CNN, Ward has quickly become one of the most prominent faces on the small screen and received laurels and praises from the public, making her one of the most successful journalists.

Her most recent effort is the reporting of the Taliban takeover of Afghanistan, during which she interviewed many Taliban leaders while unfolding the ground reality over there.