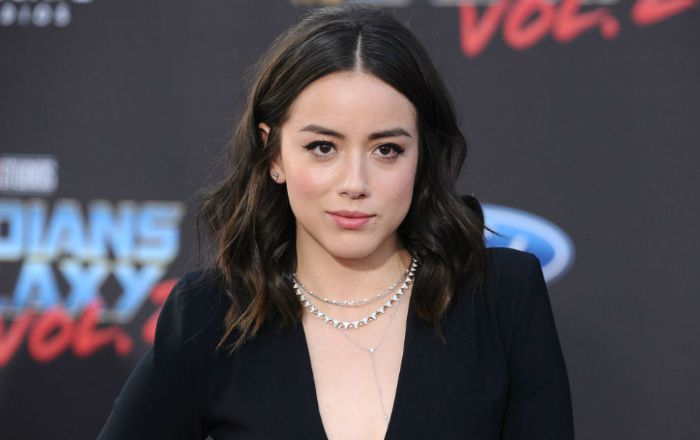 Chloe Bennet is a young beautiful actress who is immensely popular for her role as Daisy “Skye” Johnson / Quake on the television series ‘Marvel’s Agents of S.H.I.E.L.D.’ She has reprised her role as Quake (voice role) in the 2018 animated superhero film, ‘Marvel Rising: Secret Warriors’. She also starred as Hailey in four episodes of the musical drama TV show ‘Nashville’. As of 2022, Chloe Bennet has a net worth of $4 million.

Chloe Bennet was born on the 18th of April 1992, in Chicago, Illinois, United States of America. She’s currently 29 years old.

Chloe belongs to white ethnic group. Her father is Chinese-American while her mother has English, Scottish, Irish, Swiss-German, and German ancestry.

Bennet attended St. Ignatius College Prep., a private school in Chicago, Illinois. She then enrolled at the Second City Youth Ensemble to study acting at the age of 12.

Chloe Bennet is in a relationship with Internet star Logan Paul since early 2017. The duo broke up in September 2017 and reconciled in July 2018.

Chloe Bennet made her debut as a voice actress providing voice to the character Chase in the 2015 animated fantasy film, ‘Tinker Bell and the Legend of the NeverBeast’.

In 2010, she appeared as herself in a dance themed TV show, ‘The Nightlife’.

She released her debut single titled ‘Uh Oh’  in 2011. The single was released in both English and Mandarin languages.

Her major work as an actress was with the television series ‘Marvel’s Agents of S.H.I.E.L.D.’ in which she portrays the role of  Daisy “Skye” Johnson / Quake since 2013.

She can speak English and Mandarin.

She has been cast as Karen, the “Queen Bee” in a musical remake of the 1983 film Valley Girl, which is scheduled to release in 2019.

Chloe Bennet appeared in the music video of 2011 song “Tonight” by a Korean band Big Bang.

She had originally auditioned for the role of Simon on Agents of S.H.I.E.L.D. but landed on a lead role of Skye.

Chloe changed her last name to Bennet, which is her father’s first name, after finding difficult in booking gigs.

Chole has  starred in the short Nostradamus in 2014.