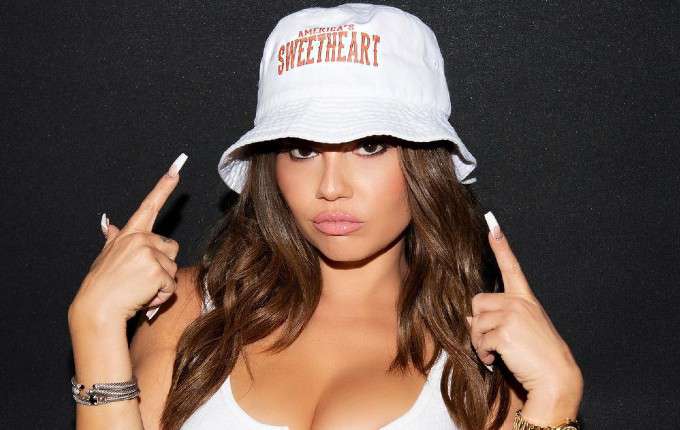 Chanel West Coast was born on the 1st of September 1988, in Los Angeles, California, United States. She is currently 33 years old.

Chanel West Coast is the daughter of an English mother and a Russian Jewish father. Her father was a DJ, who got separated from his wife when Chanel was very young. As a result, she spent most of her childhood living between her mother’s residence in North Hollywood and her father’s home in New York City.

Chanel attended Taft High School but later she dropped out and opted for a homeschooling program for her high school studies.

Chanel West Coast is a very private person who prefers to stay away from the spotlight since the beginning of her career. But news about her romantic connections swirls around now and then. According to the tabloid press, she has been in a relationship with Scottish singer Liam Horne since 2014. The couple began dating after they met in Los Angeles, California during a red carpet event. They have worked and performed songs together and also make red carpet appearances regularly.

She was previously linked to Chris Pfaff and Solo Lucci.

In 2009, she made her television debut in the MTV reality show, Rob Dyrdek’s ‘Fantasy Factory’. She was cast as a reckless model who takes up the position of receptionist and secretary at the Fantasy Factory.

The vivacious blonde has made a name for herself in the entertainment industry right from the start of her career. Though her foremost goal was to become a rapper, she turned everything gold that came her way, be it a cameo appearance or a hosting job, or a voice job. In addition, she has appeared in a lot of music videos that not only propelled her fame but also raked in her net worth. Chanel’s net worth is estimated to be $3 million as of 2022.

Growing up, she used to spent her nights at the packed nightclubs in New York City along with her father.

At age 14, she decided that music is her call after she was inspired by Tupac Shakur’s “How Do U Want It”. She took singing and dancing lessons to fulfill her ambitious dream and eventually began rapping at the same age.

In 2009, Chanel appeared in Mike Posner’s “Cooler Than Me” music video.

In 2012, Lil Wayne invited her to his studio and asked her to play some tracks. Impressed with her works, he immediately signed Chanel to his label Young Money Entertainment.

Besides rapping and acting gigs, Chanel has also done voice gigs. She voiced the character Flipz in the Nicktoons animated series Wild Grinders from 2012 to 2015.

In 2014, West Coast won the Best Group Award at the 2014 BET Awards for her collaborative song “Hittin’ Like” with popular artist Shanell.

Chanel has been working on her debut studio album since 2014. As a part of the process, she released the lead single from the album titled “Blueberry Chills” featuring Honey Cocaine on January 15, 2014, followed by intriguing tracks “New Feeling” and Miles and Miles”. In 2018, she dropped a single titled “Nobody”.