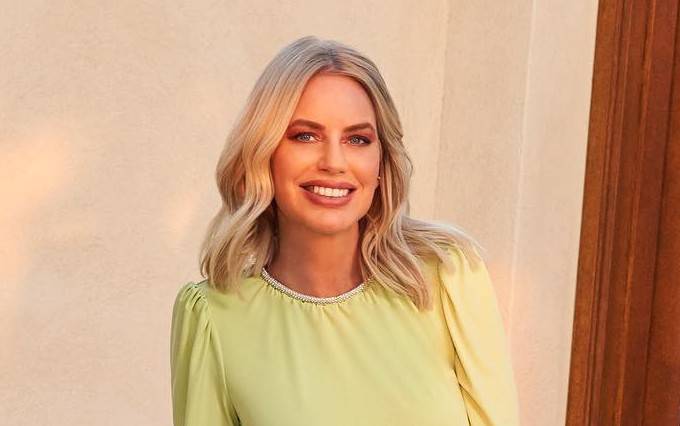 Caroline Stanbury is an English businesswoman, podcast host, and reality television personality, who is best recognized for her appearances in reality shows like Ladies of London and The Real Housewives of Dubai. Originally from London, she started her career in PR and personal styling before starting her own online business. She’s currently residing in Dubai with her husband and three children. Apart from her stint on reality shows, she gained widespread attention for her relationship podcast called Divorced Not Dead. She has roughly 650k followers on Instagram.

She has English ancestry.

Caroline’s parents are Anthony and Elizabeth Stanbury. Her father is a venture capitalist and was managing director of high-end fashion group Jaeger, while Elizabeth ran a cashmere knitwear business. On the other hand, Elizabeth is part of the upper-class Vestey family and an old friend of the second wife of the Duchess of York’s father, Major Ron Ferguson. She has two brothers, Alexander George Basil Stanbury and Edward Samuel Joseph Stanbury, and a sister, Victoria Elizabeth Sophie Stanbury. Caroline studied at the prestigious Westonbirt School in Gloucestershire.

Caroline married entrepreneur and former football player Sergio Carrallo on November 11, 2021. She met him in Dubai a while after she split with her ex-husband. Carrallo briefly played for the elite Spanish club Real Madrid, but never made it to the team’s highest level. She is 20 years older than her husband, but it seems that they never bothered about the huge age gap. The pair moved to their recently built new home in Dubai.

She was previously married to investment banker Cem Habib from 2004 to 2019. They have twin sons Aaron and Zac and a daughter Yasmine. They got separated in 2019.

Apart from these relationships, she was also romantically linked to former professional footballer Ryan Giggs and actor Hugh Grant.

As of 2023, Caroline Stanbury has an estimated net worth of $30 million dollars.

Caroline got her start in showbiz in 2014, when she appeared on the Bravo show, Ladies of London, a Real Housewives-kind of show. She stayed with the series for three years, until its conclusion.

Before she landed on the reality shows, she worked as a fashion stylist for high-profile clients and ran her own luxury gift shop called Gift Library, which she shut down in 2015.

Her previous jobs led to connections with people in the royal circle.

She has worked in public relations with some of the most renowned brands in the world like Cosmesurge, Accor Hotel Group, Berkeley Assets, and Al Barari.

She launched a shoe line called Black Suede Studio in the past.