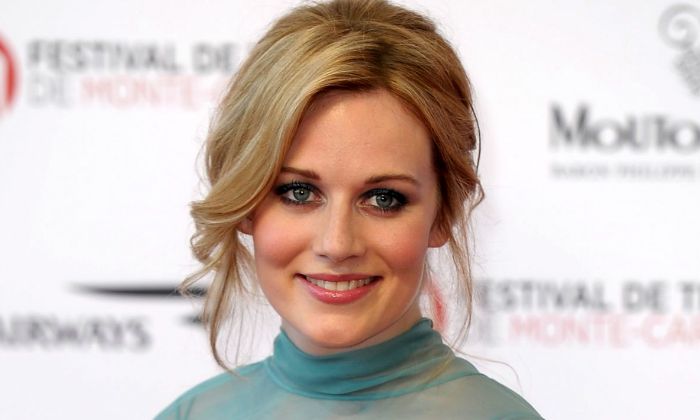 Cara Theobold is an English actress probably best known for her acting roles as Ivy Stuart on ITV’s hit series Downton Abbey and as Alice Durand on AXN’s thriller drama series Absentia. In 2018 she played Tracer in Steven Spielberg’s science fiction movie Ready Player One. Her other notable television works include her part in The Syndicate, Together, Crazyhead, and Manhunt. Since 2016, she is voicing the character Tracer in the video game Overwatch and Heroes of the Storm.

Cara Theobold was born on the 8th of January 1990 in Wakefield, England, United Kingdom. She is currently 31 years old.

While not much is known about her family or her childhood, Cara attended Outwood Grange Academy and later attended Guildhall School of Music and Drama to hone her acting skills.

Regarding her love life, Cara Theobold is possibly single and it is not known whether she has a boyfriend or not. She has not revealed anything about her personal life to the media as she is very good at keeping secrets. But we can certainly say that she is not married yet and looks like Cara is very focused on her career rather than being involved in a relationship.

She was previously reported to be dating Scottish actor Richard Rankin, her The Syndicate co-star, in 2016.

Cara Theobold made her feature film debut as Ellie in the 2016 horror film “Zombie Spring Breakers”.Directed by Andy Edwards, the film had its premiere at London’s FrightFest Film Festival in August 2016. Apart from Cara, the film stars Matt King and Alex Zane.

During the final year of her drama school, she auditioned for the role of Ivy Stuart in the popular British period drama series Downtown Abbey. She eventually won the part and was cast in the third and fourth seasons of the series from 2012 to 2013, respectively.

She was allowed to complete her final year of studies early than estimated in order to facilitate her in the series. Cara described her role as kitchen maid as “ambitious” and “a dreamer”.

For her stunning performance in the series, she was conferred with the Screen Actors Guild Award for Outstanding Performance by an Ensemble in a Drama Series along with other cast members.

There’s no doubt that her role in the hit series Downton Abbey is definitely one of the finest works in her acting career. She is very selective in picking up the roles as she believes that longevity is the key to having a successful acting career.

After a slew of guest appearances in TV series such as Lovesick, Last Tango in Halifax and Call the Midwife, Cara got a breakthrough in 2015 when she was cast in the main role as Sarah in the drama series The Syndicate, which aired on BBC One.

That role helped her boost her acting career and gained a lot of visibility in the industry. She later won parts in TV series such as Together, Crazyhead, Absentia, and Manhunt.

Cara also earned recognition for her voice role as Tracer in the video games Overwatch and Heroes of the Storm.

Just like other actors out there who would potentially use social media to increase their online fan base and to interact with fans, Cara is not indifferent to them. Cara has over 50k followers on Instagram while her Twitter account has more than 35k followers.

Several media outlets report her net worth to be around $2 million.

She fell in love with acting at a young age and right after her high school graduation, Cara joined Guildhall School of Music and Drama to overcome shyness and to hone her acting skills.

She is a huge fan of English actor, Jim Carter.

Cara loves entertaining people around her and once she has stated that her favorite genre to act in is comedy.

According to her Instagram page, Cara is an outdoor person who loves adventures and traveling.

Cara was the 39th actress to act out giving birth on “Call the Midwife” TV series in 2012.