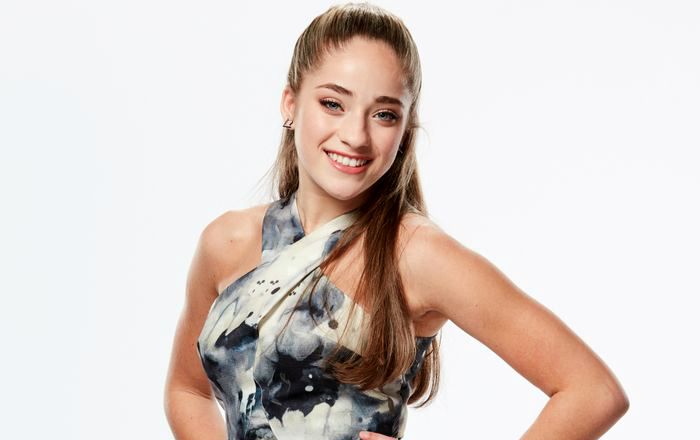 Brynn Cartelli is a young aspiring pop singer from Longmeadow, Massachusetts, who rose to fame after making her appearance on the 14th season of the reality show, The Voice. She made heads turn when she performed Labrinth’s hit single “Beneath Your Beautiful” during the blind audition round of the competition. She is declared the winner of Season 14 of The Voice.

Brynn is a student at the Longmeadow High School in Longmeadow, Massachusetts.

Cartelli hasn’t been a cast in any film yet.

Brynn Cartelli made her first television appearance on NBC’s hit show, The Voice, in its 14th season. She is the member of Team Kelly and the youngest competitor of the show.

Her favorite things are unavailable at this time.

We do not have enough information on her net worth at this time.

She started singing at the age of four when her mother  introduced her to the Kelly Clarkson hit song “Breakaway.” She got fascinated to music at her young age and decided to make a career in music.

Brynn Cartelli joined a local theater program at six and carved a niche for herself in music through school talent and variety shows.  She performs at local coffee shops and small venues around the Massachusetts area.

Brynn describes herself as a pop-soul singer-songwriter.

Whilst at school, she used to play lacrosse and field hockey, but always manages her time for music because that is what drives her.

She performed the National Anthem at Gillette Stadium in 2016.

It wasn’t her first try in the show. She auditioned for Season 13 of The Voice, but she couldn’t make any of the judges turn a chair. However, this time, she made it all the way to the finals.

Cartelli has recorded two tracks, “Pink Sky” and “Future of Us”  when she was just 12 years old.

She has a self-titled YouTube channel which features covers, most from age 11 forward. The channel has more than 5K subscribers as of now.