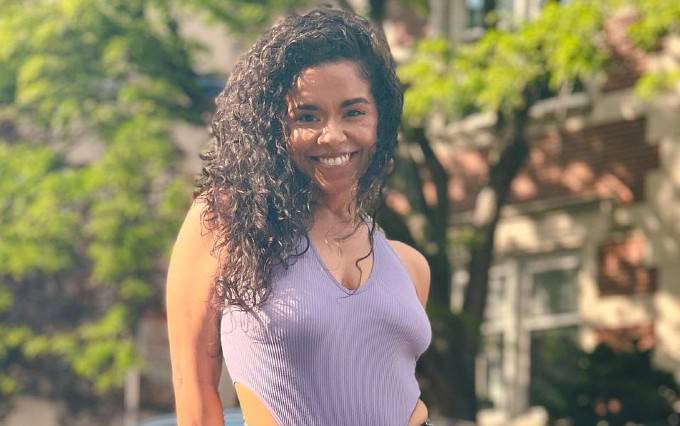 The pop singer and songwriter, Brooke Simpson is a music sensation, who caught the media spotlight after appearing on the thirteenth season of NBC’s The Voice. Her blind audition of the Demi Lovato song “Stone Cold” turned all four chairs. From nowhere, the budding singer has accrued more than 130K followers on Instagram with her fanbase growing on a staggering phase.

Brooke Simpson was born on the 22nd of May 1991, in Hollister, North Carolina, United States of America. She’s currently 31 years old.

Brooke Simpson married singer Ray Simpson on 22nd March 2014 in a lavish wedding ceremony. Her husband Ray is a musician and pastor. Ray proposed to Brooke on Valentine’s Day of 2012 and began dating until they married in March 2014.

Brooke Simpson released her first single “What is Beautiful” in 2017.

Brooke appeared as a contestant in the American reality talent show, The Voice, in its 13th season, where she’s headed towards finals.

Her actual net worth is unknown, however, she earns decent money from music events and appearances.

Brooke is a full-blooded Native American from the Haleiwa-Saponi tribe. She grew up on tribal grounds with 4,000 Native Americans, including most of her family.

She began singing at the age of 7 when she used to tour various churches on weekends and perform with her evangelists’ parents. They used to sing as a family, leading praise and worship.

Brook had previously auditioned for the show four years back whilst still a student at Lee University. She didn’t go beyond callback rounds but never lost her hope.

She’s a member of Team Miley Cyrus and a great fan as well.

In 2019, she released her fourth single “Little Bit Crazy” to positive reviews.

She dropped a single titled “Real Long Nails” in 2020.