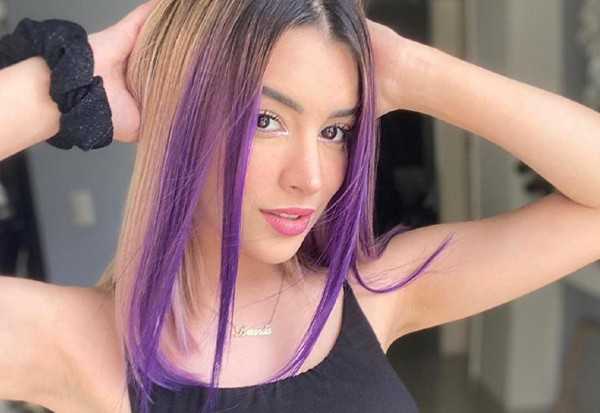 Brianda Deyanara is a TikTok star and social media star from Tijuana, Mexico. She is one of the most popular content creators on TikTok, a short video-sharing app, where she has over 34 million fans. Deyanara is no different from the teen TikTok sensations we have seen so far. She began exploring herself by posting lip syncs, dance, and comedy videos that helped her gain a massive following on TikTok and other social media platforms.

She has worked with brands such as Bang Energy, Takis and Mac Cosmetics over the course of her online career. In 2019, she attended the Eliot Awards and the Nickelodeon Kids’ Choice Awards. She is a member of the TikTok collective called #404Girls that includes fellow TikTok stars Nicole Amado and Legna Hernández. As of 2023, Brianda Deyanara has a net worth of $1 million US dollars.

Brianda Deyanara was born on 5th August 1995, in Tijuana, Mexico. She grew up in a modest household with her mother Zulema. She holds a degree in communications.

Other than that not much is known about her family and her childhood.

Though she’s currently single, at least we know of, she had a romantic past Ran Hoffman, who also turns out to be a social media star. Besides that, she was also in a brief relationship with fellow social media influencer Alex Cases in 2020.

Speaking of, Brianda Deyanara is a self-made content creator or digital creator according to her Instagram bio. With over 34 million fans, Deyanara is one of the most popular and successful content creators on TikTok. She is a celebrated TikTok star, known for her lip-syncing, dance, and comedy videos.

In addition, she’s also a famous Instagram model. She posts revealing pictures of herself donning various outfits on a regular basis. She’s got over 13.5 million followers on Instagram.

Despite being a prominent name on social media, very little is known about her personal as well as her professional life. It is safe to say that she earns tons of money from brand promotions, collab videos, and ad revenues.

As of 2023, Brianda Deyanara’s net worth is estimated to be roughly $1 million US dollars.

In 2019, she attended the Eliot Awards and the Nickelodeon Kids’ Choice Awards.

Brianda is a part of the TikTok collective #404Girls since 2020.