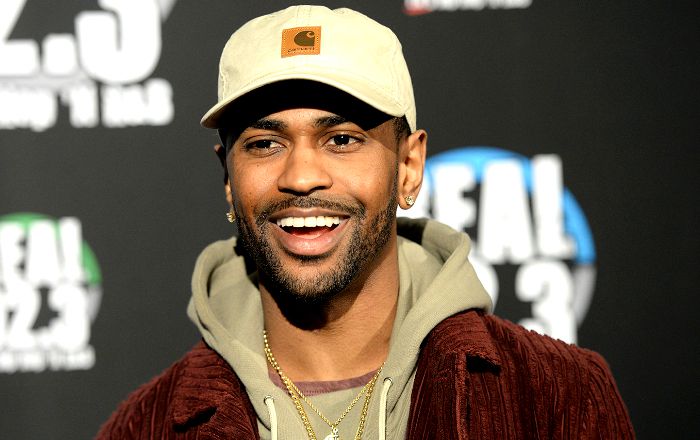 Big Sean is an American rapper and singer who came into the pop scene after being signed by Kanye West’s recording label GOOD music in 2007. Known for singles like “I Don’t Fuck With You” and ”24K of Gold” and albums “Finally Famous”, “Hall of Fame”  and “Dark Sky Paradise”, Sean has been on the rise in the music industry with no signs of stagnation.

Big Sean is the son of James Anderson and a school teacher, Myra Anderson. He has two brothers, Gregg Pluta and Chris Jinkins. He was raised by his mother and grandmother in Detroit, Michigan. His grandmother, Mildred Leonard, served in World War II and was one of the first-ever black female captains in the United States Army.

He attended the Detroit Waldorf School and graduated from Cass Technical High School with a 3.7 GPA.

Sean has had a fair share of affairs with stars throughout his life. He was previously engaged to actress Naya Rivera in October 2013, however, they called broke out their relationship in 2014. He also had dated Singer Ariana Grande and his high school darling Ashley Marie.

He has been in a relationship with singer Jhene Aiko since 2016.

Big Sean released his first official mixtape Finally Famous: The Mixtape on September 30, 2007. He released his debut album, Finally Famous on June 28, 2011, which comprised of three hit singles  “My Last”, “Marvin & Chardonnay” and “Dance (Ass)”. His second album, Hall of Fame was released on August 27, 2013. The album debuted at number three on the US Billboard 200 and sold 72,000 copies within the first week itself.

He first appeared in the TV show Funk Flex Full Throttle in 2011.

He has been affiliated with brands like Adidas and Ti$a.

Big Sean has an estimated net worth of $26 million dollars as of 2023. In November 2017, Big Sean purchased an 11,000 square foot, 7 bedrooms, and 8 bathroom home in Beverly Hills, which was previously owned by Guns and Roses guitarist Slash.

His popularity can be attributed to social media with over 12 million followers on Instagram and more than 14.5 million on Twitter.

In late 2008, he was featured in the Style section of The Source Magazine, in which he talks about his own personal style

In 2011, he was arrested in relation to sexual assault during a concert in New York and was later fined $750.

Big Sean launched his own clothing company, Aura Gold, in 2014