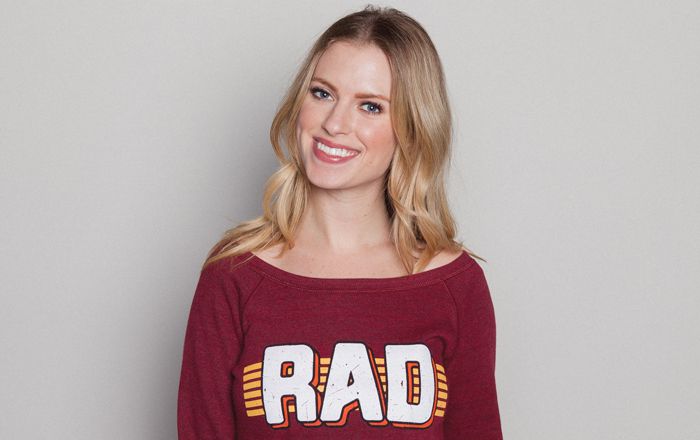 Barbara Dunkelman is a Canadian voice actress and internet personality best known for her work with the American media and entertainment company Rooster Teeth. She serves as the Director of Social and Community Marketing at Rooster Teeth, and Program Director of the RTX gaming and internet convention.

She is the voice of Yang in the YouTube series RWBY and her live-action acting projects include Rooster Teeth Shorts, Immersion, Day 5, Ten Little Roosters, and Blood Fest. Her podcast Internet Box has won three Podcast Awards in 2012, 2013, and 2015.

In June 2011, Dunkelman graduated from John Molson School of Business at Concordia University with a degree in Marketing.

Barbara has been in a relationship with Trevor Collins, a member of Achievement Hunter.

Barbara Dunkelman made her feature film debut with the 2017 American science fiction action comedy film, “Lazer Team 2”, playing the role of a reporter.

Her first acting job was in an animated web series RWBY, in which she plays the character, Yang Xiao Long, through motion capture as well as provides her voice to the character.

She was a great fan of Rooster Teeth as a teenager which inspired her to enter the gaming and entertainment industry.

Her determination and dedication towards her work have led the company to hire her as the Director of Social Community Marketing.

She was raised in a Jewish family.

She hosted WatchMojo.com for several months in 2010.

In September 2011, she co-founded the triple award-winning Internet Box podcast.

She is now a permanent resident of the United States, residing in Austin, Texas.

She launched her own clothing line in 2016.