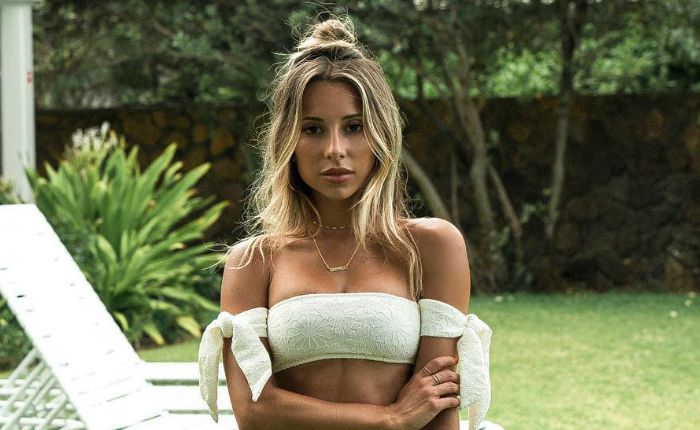 American social media influencer and Instagram star who gain a lot of attention lately for her viral videos and posts on social media platforms. Just like other social media stars, Ayla Woodruff caters videos of her interests, mostly lifestyle, travel, and fashion on her self-titled YouTube channel. She has amassed over 800k subscribers on YouTube while her Instagram handle has accumulated over 1.5 million followers.

Ayla Woodruff was born on the 26th of August 1992, in Flagstaff, Arizona, United States of America. She is currently 29 years old.

Ayla Woodruff is the eldest child of four children to parents Diana and Brian Woodruff. Her siblings are Blake Woodruff, Trevor Woodruff, and Raina Woodruff. Her brother Blake is an actor, who starred in the movie Cheaper by The Dozen when he was 6 years old.

Woodruff attended Agoura High School from where she graduated in May 2010. She graduated from Moorpark Community College, California in May 2013. Later, she was accepted into the Loyola Marymount University where she obtained an HR Management certification in 2015.

In 2015, she also earned a bachelor’s degree in Psychology, Industrial and Organizational Psychology from the University of California San Diego (UCSD).

The social media influencer was in a relationship with fellow social media personality and model Mackinzie Dae from 2013 to 2018. The two started dating in mid-2013 and they called it quits in late 2018 citing personal differences. She has even gone an extra mile posting a video titled “Why I left,” explaining why she broke up with her longtime boyfriend.

Ayla made her debut as an extra in the 2003 movie, Cheaper by the dozen but her portions didn’t make it to the final cut.

In 2016, she was cast in the web show called Dance Showdown.

Ayla is a popular figure in the world of social media where she has millions of followers on various social media platforms.

Her association with YouTuber and actor Logan Paul for whom she worked as an assistant.

As a social media personality with a massive fan following, Ayla Woodruff has endorsed a lot of brands and products through Instagram, YouTube, and other social media platforms, including brands Wildfox, LF Stores, Meshki, Public Desire, and BangEnergy, to name a few.

Ayla’s net worth is estimated to be around $200 thousand dollars. She lives in Los Angeles, California.

She always had desired to be famous someday right from her childhood.

She did a number of jobs like customer service, hostess, school teacher, cocktail assistant, event management before working as an assistant to Logan Paul.

Ayla started her own channel on YouTube after a few months and she did not post any video until May 2017. She posted her first video titled “Intro to My YouTube – Ayla Woodruff,” on May 1, 2017.

Some of her most popular videos on YouTube are “Reaction to Logan Paul’s new Assistant,” “I Stole Logan’s Puppy,” “Finally Told my mom I’m Pregnant,” and “Chapstick Challenge with w/ This Girl 😉 (Not my bf).”

Ayla has a dog named Blue who often appears on her videos. He also has an Instagram account titled Mr.Moomer.

Her fans are referred to as ‘Aylisters’.

She enjoys swimming and dancing.

She is good friends with Matthew Crawford.