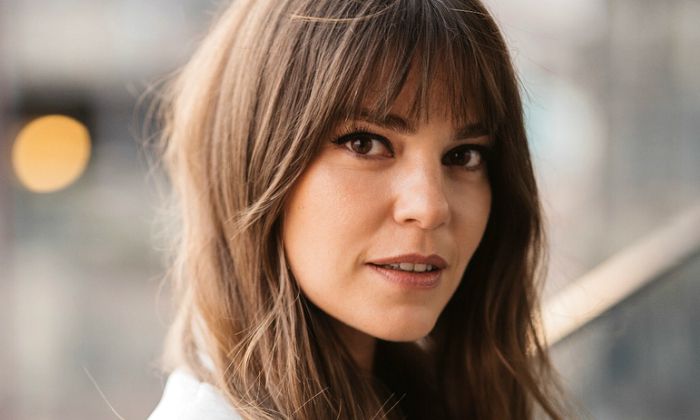 Aslı Enver is a Turkish actress probably best known for her starring roles in television series such as Kavak Yelleri, Suskunlar, and İstanbullu Gelin. Her portrayal of Mine in the Turkish drama series, Kavak Yelleri, has helped her establish herself as an actress in the industry.

She has achieved massive fame and success in her home country, thanks to her roles in Kayıp, Bana Artık Hicran De, Kardeşim Benim, Tamam mıyız? and Babil. Asli won the Best Actress of the year 2019 at the “8th Yeditepe Delik Odulleri” Yeditepe University for her role in the series İstanbullu Gelin.

Unlike other celebrities, Aslı Enver hasn’t revealed a lot about her family or her early life to the public. Her father is a Turkish Cypriot who was brought up in London met her mother there while she was abroad for her studies and married her. Her mother’s name is Dilek Enver. She has two siblings, Anıl Hıybeti Enver and Akın Enver.

She was previously married to actor, model, and former basketball player, Birkan Sokullu. They got married on July 13, 2012. On August 27, 2015, they announced that they were no longer together and filed for divorce.

She won her first television role in the year 2012, a gust spot in the series, Uzay Sitcomu.

Aslı’s first major role was as Mine Ergun in the Turkish drama series, Kavak Yelleri. She played her part from 2007 until its end in 2011. The series became popular amongst the television audiences in a quick time that made her a household name.

Besides that, she received critical acclaim for her portrayal of Süreyya Boran in the Turkish television series, Istanbullu Gelin. Based on Dr. Gülseren Budayıcıoğlu’s book entitled “Hayata Dön,” the series was a huge hit in her home country. She won several awards for her work in the series, including Best Actress at the 44th Pantene Golden Butterfly Awards, Best Drama Actress at the 6th Bilkent TV Awards and Female Advertising Face Award at the 2018 Marketing Turkey The One Awards.

As an actress, Aslı Enver is the pinnacle of success. She has accomplished a lot that she can be proud of. Through her talent and dedication, Aslı has accrued a huge fan base on different social media platforms.

By pursuing acting over the years, she has already shown women that they can succeed just as she has done throughout her career. Unfortunately, the details about her net worth or her salary are not available at the moment.

She was born in London where she spent most of her early teenage years.

She moved to Istanbul when she was 12.

In 2015, she played the character of Emma in the Craft Theatre production of Personel.

Aslı is close friends with Dolunay Soysert and Nilay Sorgüven.

She has been suffering from dyslexia from an early age.

She began her career as a theatre artist at Mujdat Gezen Art Center.

Aslı Enver is fluent in English and Turkish.

In 2020, she won the Best Actress of the year 2019, held at an event during the “8th Yeditepe Delik Odulleri” Yeditepe University.