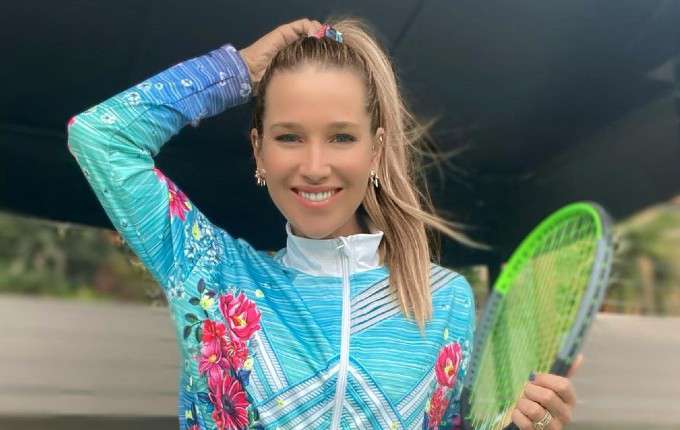 Ashley Harkleroad is a former professional American tennis player and playboy model. She made her ITF debut in 1999 in Largo, Florida. Ashley reached the number one ranking in the U.S. women’s 18-and-under tennis in 2000 and 2001, respectively. She turned pro in 2000, and two years later, she reached the top 200 for the first time in her career. Ashely achieved her career-high singles ranking of 39 on June 9, 2003.

Harkleroad won eight ITF singles and five ITF doubles during her stint in tennis. In 2008, she lost to Serena Williams at the French Open and again lost to Amélie Mauresmo in Wimbledon that same year, both in the first round. Ashely was active until 2008 when she took a break from the sport to have her first child. She posed topless for the August 2008 issue of Playboy, making her to be the first professional tennis player on the cover of the coveted Playboy magazine. She announced her retirement from professional tennis in 2012.

Ashley Harkleroad was born in a sports family of Tammy Harkleroad, and Danny Harkleroad. Her father played college football at the University of Tennessee and now works in the printing industry. Her mother is also a tennis player, who played college tennis at Freed-Hardeman University. She is now a school teacher.

She was married twice. Her first husband was Russian-American Professional tennis player Alex Bogomolov, Jr; They married in 2004 and within less than two years they divorced in 2006.

She then began dating former tennis player and coach Chuck Adams. They got married in 2009 and have two children together: son Charlie Adams (b. March 30, 2009) and daughter Loretta Lynn Adams (b. April 4, 2011). the family now resides in Los Angeles, California.

Throughout her tennis career, she has won over $1 million as prize money in addition to salaries. She has also made some lucrative money from endorsement deals and other activities. Currently working as a commentator for a sports channel, Ashley Harkleroad’s net worth as of 2023 is estimated to be around $1.5 million.

She developed a liking for the sport at age 4 and was coached by her father before hiring a professional coach. She was coached by Chuck Adams, José Luis Clerc, and Jay Berger.

Ashely turned professional tennis player in 2000 at the age of 15 years old.

In 2004, she reached her career first WTA finals at Auckland but lost against Greek player Eleni Daniilidou.

In August 2008, she was on the cover of the renowned Playboy magazine, posing topless. With the feature, she became the first professional tennis player to pose topless for Playboy magazine.

She loves listening to music in her free time. Britney Spears and Christina Aguilera are her favorite music artists.

She retired from professional tennis in the year 2012.