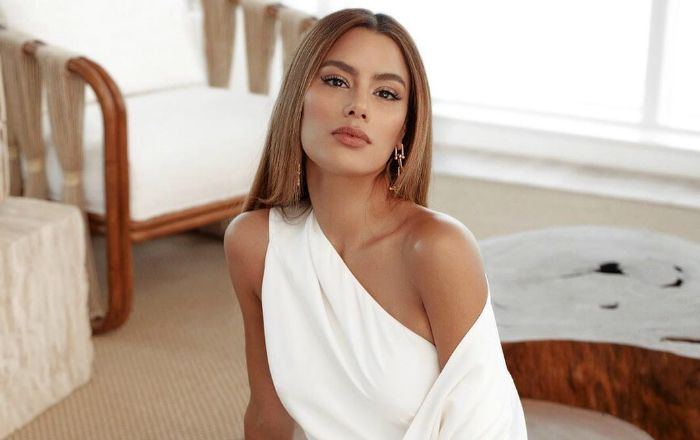 Ariadna Gutierrez is a well-known Colombian actress, model, and beauty pageant who was crowned as Miss Colombia 2014 and placed 1st runner-up in Miss Universe 2015. She became an overnight sensation when she was mistakenly announced as the winner of Miss Universe 2015 by host Steve Harvey. And eventually, Harvey apologized and handed over the crown to Miss Philippines, the original title winner.

Ariadna Gutierrez was born on 25 December 1993, in Sincelejo, Colombia. She was raised in Barranquilla, Colombia.

Gutierrez has kept her personal life low which makes it difficult for us to say anything about his love life and past relationships.

In 2015, Ariadna Gutiérrez debuted in television as herself in the TV show Primer Piano. In 2018, she was cast as one of the houseguests in the American reality television series Celebrity Big Brother. This is the spin-off series of the original show, Big Brother.

Appearing as a houseguest in the reality show Celebrity Big Brother.

Ariadna is the youngest of five children and is the baby of the house.

She is fluent in Spanish, English, and German.

Her family calls her “Beba,” which is “baby” in Spanish.

She loves cats and has two of them. This made her family and friends call her ‘Cat Lady’.

Ariadna Gutierrez has 10 nieces and nephews.

She ventured into the business by launching her own line of sunglasses.

Ariadna Gutiérrez describes herself as determined, optimistic, and generous.