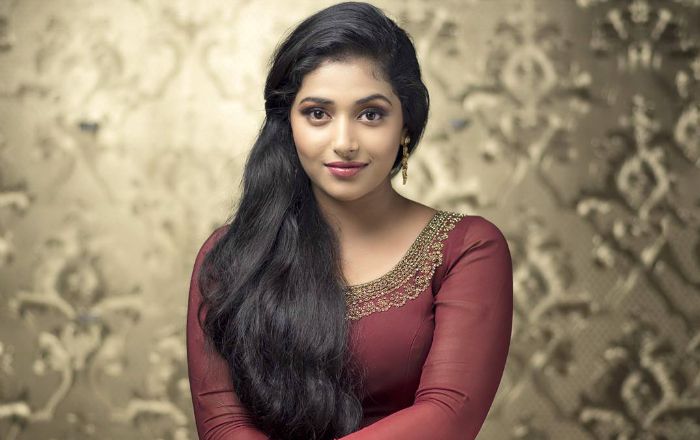 Anu Sithara is an Indian actress who is best known for her work in Malayalam films. She has also acted in a couple of Tamil films. The actress struggled to get a prominent role in the early days of her acting career, and has now grown to be one of the leading actresses in Mollywood. Her acting credits include Happy Wedding, Fukri, Neeyum Njanum, Oru Kuprasidha Payyan, and Padayottam.

Anu Sithara is the only child of Abdul and Renuka Salam. She has a sister, Anu Sonara.

Anu attended SKMJ Higher Secondary School, Kalpetta, and later enrolled at the WMO Arts and Science College, Kalpetta, from where she graduated with a B.Com degree.

In 2013, Anu Sithara debuted in the Malayalam film Pottas Bomb. Her first landing role as a female lead came with the 2016 film Happy Wedding, where she played the role of Shahina.

In 2017, Anu was a celebrity judge on the dance reality show D4 Dance which aired on Mazhavil Manorama.

Throughout her career, she has endorsed a few brands and appeared in their TV commercials.

An accomplished dancer in different dance forms, Anu learned dancing from Kerala Kalamandalam. She has performed in various stage shows over the years.

She also owns a dance school called Navarasa in her hometown.

Anu was discovered by a telnet scout when she performed in one of the reality shows and recommended her to director Suresh Achoos who launched her in his film Pottas Bomb.

Anu was highly praised for her award-winning performance in Malayalam film Happy Wedding.