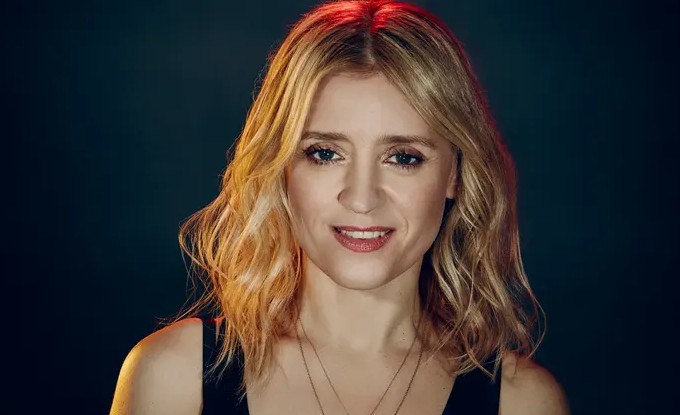 Anne-Marie Duff is an English actress and theatre artist who made the leap to international leap with her role as Fiona Gallagher on the Channel 4 drama series Shameless. She was cast as Queen Elizabeth I in the 2006 TV series The Virgin Queen, which not only earned her critical acclaim but also a BAFTA nomination for Best Actress. The following year, she starred in the television film The History of Mr. Polly, a role that earned her a BAFTA Cymru Award for Best Actress.

Duff has acted in several films, including Enigma, The Magdalene Sisters, French Film, The Last Station, and Nowhere Boy. Besides TV shows and films, Anne-Marie has also appeared in a number of theater productions, including the likes of Peter Pan, King Lear, Days of Wine and Roses, Macbeth, and Sweet Charity. Her portrayal of Julia Lennon in the film Nowhere Boy, a biographical film about John Lennon’s adolescence earned her several awards like BIFA Award and London Film Critics’ Circle Award.

Anne-Marie Duff is the youngest of two children to Irish parents Brendan Duff and Mary (née Doherty). Her father was a painter and decorator and his mother worked at a shoe shop. She has an older brother named Eddy Duff.

Anne-Marie Duff attended Mellow Lane School, where she was a part of the school choir. During this time, she took classical signing classes and attended a local youth theatre, Young Argosy. She had even joined an amateur theatre company in her teens and performed with them for a while before getting enrolled at Drama Centre London. At the school, her classmates were John Simm, Anastasia Hille, and Paul Bettany.

In 2006, she and Scottish actor James McAvoy married on November 11 that year. They began dating each other after working together in the TV show Shameless. She gave birth to her son Brendan Duff McAvoy on February 26, 2010. The couple ended their 10 years of married life in May 2016.

Anne-Marie Duff made her acting debut with the television series Trial & Retribution as Cathy Gillingham in 1997. Four years after her first television appearance as an actor, she made her breakthrough on the silver screen, portraying the character named Kay in the 2001 espionage film Enigma.

Duff’s award-winning performance as Fiona Gallagher in the British comedy-drama series Shameless arrived in 2004. She appeared in a total of 19 episodes of the series that starred David Threlfall, Annabelle Apsion, Maggie O’Neill, and James McAvoy. For which, she won the Irish Film and Television Award for Best Actress in a TV Drama and the British Academy Television Award in the Best Actress category.

From 2020 to 2021, she played Erin Wiley in the Netflix series Sex Education, starring Asa Butterfield, Gillian Anderson, Ncuti Gatwa, and Emma Mackey. Some of her award-winning performances include Joan in Saint Joan, Lisa in Collected Stories, Carmel in Garage, and Violet Miller in Suffragette.

While there are not many details available about her net worth right now, there’s no doubt that she’s one of the richest actors in the entertainment industry. It is safe to say that she has a hefty net worth by now as she has been a part of several major productions.

Both her parents were from Ireland and immigrated to England where they met and married each other.

In 2000, she received a Laurence Olivier Theatre Award nomination for Best Supporting Actress for her performance in “Collected Stories” at the Haymarket Theatre.

She earned a BAFTA nomination for Best Actress in a Supporting Role for her on the biographical film Nowhere Boy in 2010.

Anne-Marie played Queen Elizabeth in BBC’s The Virgin Queen, which earned her critical acclaim and another BAFTA nomination for Best Actress.