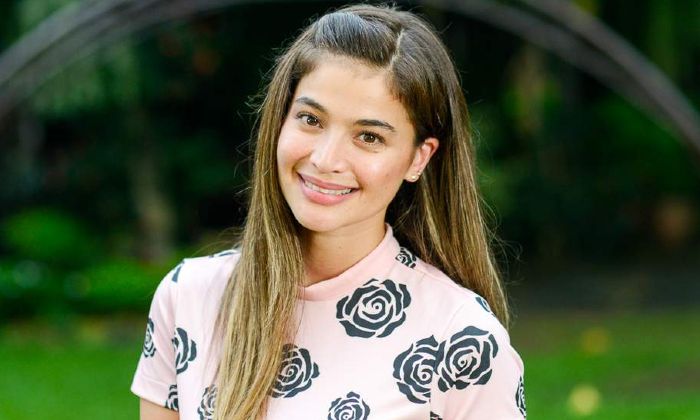 Anne Curtis, is a Filipino-Australian actress, television host, and recording artist, probably best known as a co-host of ABS-CBN’s noontime show, It’s Showtime. Her television credits include starring roles in Hiram, Maging Sino Ka Man, Dyosa, The Wedding, and Kailangan Ko’y Ikaw. She has appeared in films such as No Other Woman, Babe, I Love You, A Secret Affair, Baler, and In Your Eyes. She has released three studio albums so far, including the platinum-certified Annebisyosa, The Forbidden Album, and Forever Young.

Anne Curtis was born on the 17th of February 1985, in Yarrawonga, Victoria, Australia. She is currently 37 years old.

Anne Curtis is the older daughter of Filipina mother, Carmencita Ojales, and James Ernest Curtis-Smith, an Australian lawyer. She has a younger sister named Jasmine Curtis-Smith, who is also an actress.

Anne Curtis won her first feature film role in 1997 when she was cast as Dahlia in the action-fantasy film, Magic Kingdom: Ang Alamat ng Damortis. She was credited as Ann Curtis in the film.

Curtis’ television debut came in 1997, the same year as her feature debut, when she guest-starred as Jasmine in a romantic drama series, Ikaw Na Sana, broadcast by GMA Network.

Her exceptional acting caught the attention of the show-runners that eventually led to a number of guest roles in television series. She has her first breakthrough role in the ABS-CBN series, Hiram, in which she played the role of Stephanie Borromeo in 223 episodes between 2004 and 2005.

Not long after that, she was picked up to play the lead role in several TV series, including Maging Sino Ka Man, Sineserye Presents May Minamahal, Dyosa, The Wedding, Green Rose, and she won several awards for her stellar performance in all these series.

All that amazing works made her even more popular in the show business. Curtis was successful throughout her acting career, thanks to her parts in movies such as The Mall, The Merrier, Just a Stranger, Aurora, No Other Woman, A Secret Affair, and Baler, among many others.

Besides all this, she has also hosted a number of TV shows like It’s Showtime, Magpasikat, We Love OPM and I Love OPM.

Concerning Anne’s net worth, it stands at an impressive amount of $10 million. All that money comes from her successful stint as an actress in the business.

Moving with her career, Anne Curtis has entertained tens of thousands of fans throughout her career. She has been in the spotlight enough times to prove how much it loves her, thanks to the spell-binding roles that she takes on.

She was discovered when she was 13 years old by a talent scout of a fast-food chain, Jollibee while on her vacation in the Philippines.

During her fruitful modeling years, she has endorsed brands like Jollibee, Petit Monde, and Ginebra San Miguel.

She is a huge fan of Olympic gymnast Nadia Comaneci.

She was named one of the 50 Smartest Celebrities on Twitter by TIME magazine in 2014.

That same year, she partnered with Erwan Heussaff to open a restaurant called Banzai in the Philippines.

Anne’s worn a lot of hats so far in her career, including becoming the first Filipino celebrity to amass 1 million Twitter followers.

In September 2017, Anne Curtis launched her makeup line in the Philippines, BLK cosmetics.