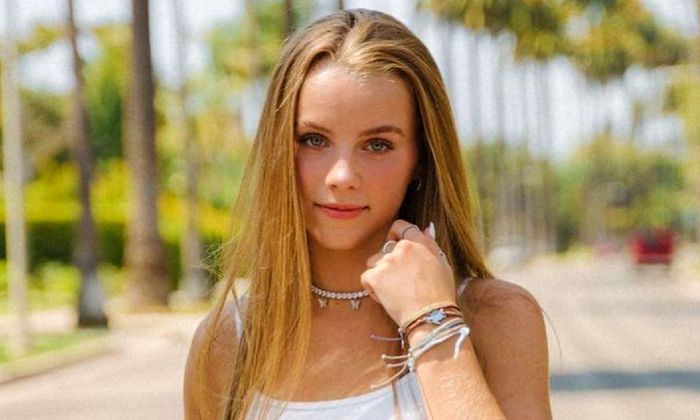 With over 13 million followers on the most popular and controversial social media app, TikTok, Anna Shumate has already enjoyed a tremendous amount of success before she turns 20. Based in Michigan, United States, this popular TikToker has reached stardom posting dance and lip-sync videos to popular songs on her @annabananaxdddd TikTok account. Since her TikTok debut in August 2019, she’s enjoying her life in the spotlight. Apart from enjoying millions of fans and likes on her TikTok handle, she’s also gained over 2.2 million followers on Instagram.

Anna Shumate was born on the 6th of November 2002, in Michigan, United States of America. She’s currently 20 years old.

Talking about her early life, not much is known at the moment. Her American parents raised her along with her two younger brothers, Tommy and Brandon. There aren’t many details available about her parents, including their names and their profession. Her mom has been featured in her TikTok videos.

She spent most of her life in her hometown Michigan. Anna attended Grosse Ile High School in Grosse Ile Township, Michigan

Now, this is the topic that most of you are probably looking forward to. Well, there is not a lot we have to share regarding her relationship status. Based on her social life, she must be single. She prefers to keep her personal life away from the spotlight. It may be due to the fact that she is quite new to the internet game and doesn’t want to catch up with rumors or controversies. Moreover, it appears that Anna is very focused on her career and education and has very little time for romance.

It didn’t take long for her to earn the likes of the global millennials that eventually soared her popularity on the app. In a matter of time, she not only made an impact with TikTok users but also became their favorite creator because they were able to connect with her easily, thanks to her next-door girl look, infectious smile, and extremely remarkable dance moves.

Anna never fails to vow her audience which is clearly evident from the likes and support her videos get from other Tiktok users. Her videos effortlessly gain millions of views and likes. Besides being a successful TikToker, Anna has also been successful in driving her popularity quotient on Instagram, where she has over a million followers.

She’s also got her hands on YouTube. Her self-titled channel has amassed more than 45 thousand subscribers. But, surprisingly, she hasn’t uploaded videos to her channel as of now.

Though she rose to fame as a TikToker, she is also extremely popular on other social media platforms like Instagram. Not only has she turned her passion into something more of a profitable career but also forged a place for herself in the crowded and competitive internet space.

Anna’s exact net worth is not known. But considering her popularity and online presence, she must be making a great deal of money through endorsements and sponsorships. Also, she’s on Pearpop which allows social media influencers to earn big cash through collaboration videos.