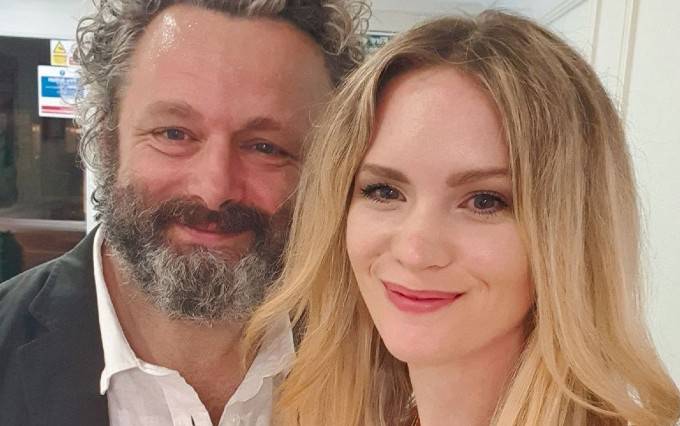 Anna Lundberg is a Swedish model and actress who is probably best known for her relationship with Welsh actor and television producer Michael Sheen. The pair made their romance public in May 2019 and they have two children together. She has acted in several plays such as Othello, Spring Awakening, and Gloria. She starred alongside her beau Michael on BBC’s Staged. Over the years, Anna has garnered a following of some 30 thousand on Instagram.

It is not known exactly when she was born. But she is 26 years old, which means she was born in 1994.

She hasn’t divulged too many details about her parents or her early life except that she developed an interest in acting at a young age.

Anna studied acting for three years in her home country. Her passion for acting took her to London where she attended the London Academy of Music and Dramatic Art (LAMDA) and Guildford School of Acting. She didn’t stop it there. After graduating, she traveled to the United States where she took a two-year acting course at the prestigious stage school American Academy of Dramatic Arts, in New York City. During her time there, she played Queen Margaret in Owen Horseley’s original play The Richard Project.

Anna Lundberg has been together with Welsh actor Michael Sheen since 2019. The pair welcomed their first child, a girl, Lyra Arwen Ingrid Sheen on September 23, 2019. Their second child was born on May 19, 2022. Anan is 24 years younger than Michael. It is not known when they actually started dating but they were romantically linked in May 2019 after they were spotted together at the premiere of Sheen’s Amazon Prime show, Good Omens.

Michael is also a father to his daughter Lily Mo from his previous relationship with Kate Beckinsale. They were in a relationship from 1995 to 2003.

She was born and raised in Helsingborg in southern Sweden.

Anna’s debut appearance came with the BBC series Staged in 2020, in which she co-starred with her husband Michael Sheen, David Tennant, and Georgia Tennant.

She made her big-screen debut in the 2019 film Last Train to Christmas, playing the role of Astrid.