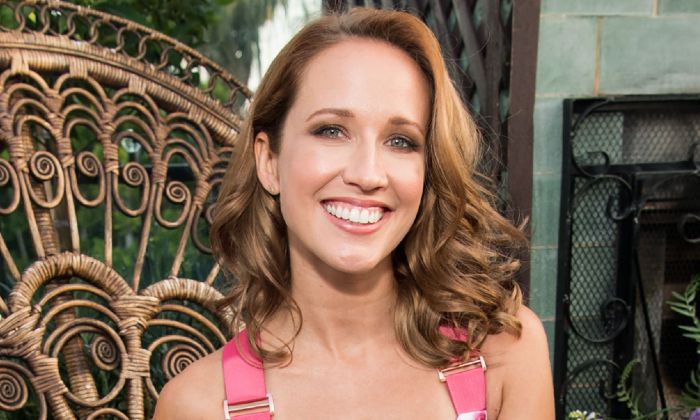 Anna Camp is no stranger to film fanatics. Growing up in South Carolina, she studied Fine Arts that would later pay off when she landed roles in both films and TV shows. She burst onto the acting scene in the late 2000s and the role that made her a household name was that of Sarah Newlin in the HBO vampire drama True Blood. Ever since then, Anna has appeared in a number of lauded projects including Pitch Perfect film series, Mad Men, The Good Wife, The Mindy Project, and Vegas, Unbreakable Kimmy Schmidt, and Perfect Harmony.

Concerning her education, Anna Camp attended Meadowfield Elementary School, located in Columbia. After graduating from school, she enrolled at the University of North Carolina School of the Arts, from which she received a Bachelor of Fine Arts degree in 2004.

Although Anna is currently single, she had been married and divorced twice. Her first marriage was with actor Michael Mosley. They got married in 2010 after being engaged for two years but unfortunately, they called it quits in 2013. They subsequently divorce the same year.

She, then, started dating her Pitch Perfect co-star Skylar Astin in 2013. Three years later, they tied the knot on September 10, 2016. In April 2019, they announced that they are no longer together and subsequently filed for divorce, which was finalized in August of that year.

Anna had always known that she’s destined to be an actress. Right after graduating from college, she moved to New York to pursue her goals. The year 2007 marked the beginning of her career in show business. With hands-on experience in acting, she managed to secure a spot in the film And Then Came Love (2007), where she played the role of Kikki.

That same year, she landed her first television role in the TV film Reinventing the Wheelers, in which she was cast in the role of Meg Wheeler. She followed up with a performance in the off-Broadway play The Scene, which earned her a Lucille Lortel Award nomination.

The following year, Anna made her Broadway debut, playing Jill Mason in the revival of Equus at the Broadhurst Theatre, starring Daniel Radcliffe.

Anna became famous after she landed a role in the TV show True Blood. Her portrayal of Sarah Newlin in the second season of the supernatural drama series, earned her a nomination for a SAG Award for Outstanding Performance by an Ensemble in a Drama Series.

With the newfound fame, she secured a spot in the wildly successful Pitch Perfect franchise. Thanks to her extraordinary performance of the character Aubrey Posen, Anna earned major roles in various films and TV shows. She has been part of several acclaimed projects like Mad Men, The Good Wife, The Mindy Project, Vegas, Good Girls Revolt, The Help, Café Society, The Lovebirds, Desperados, and Perfect Harmony.

Even though there have been many ups and downs in her career, Anna has made the most out of her career. Thanks to her outstanding acting skills and drop-dead gorgeous looks, which has earned her a cult following, especially among men, from around the world.

Anna Camp’s net worth, as of 2023, stands at $4 million. In addition to the success that she has found on the big screen, she has also been a prominent face in the theatre scene, having appeared in a number of theatre productions. In a nutshell, Ann is likely to keep having a thriving career as long as she drives her passion for the craft.