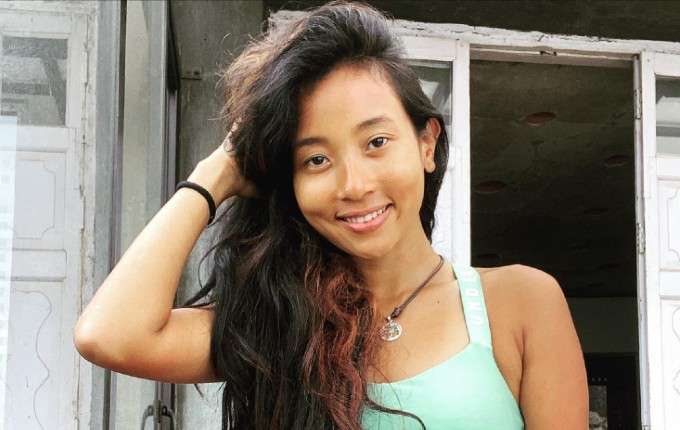 Ankita Konwar is an Indian former flight attendant, fitness guru, and social media personality. She has been in the spotlight ever since she’s romantically linked with actor, supermodel, and film producer Milind Usha Soman. The couple married in 2018 after dating for years.

When the news of her relationship with Milinad broke out back in 2017, she found herself in the middle of controversy for dating a man twice her age. The wide age gap between the two attracted a lot of media attention and they were frequently in the news and were trolled across social media. At the time of their wedding. she was 26 and Soman was 52. Here’s everything you need to know about Ankita Konwar, actor Milind Soman‘s wife.

Ankita Konwar was born to Indian Hindu parents of Niranjana Konwar and Nagen Konwar. She has a sister named Jharna Konwar Baruah.

Ankita and Milind first met back in 2013 while she was staying at a hotel in Chennai. Being his big fan, she introduced herself to him, and love blossomed between the two after they had some quality time together. It was the time that she was grieving the sudden loss of her then-boyfriend. He helped her to overcome her past and the love and affection he showed towards her eventually made her fall for him.

After dating for four years, they made their romance public sometime around 2017. With fame and popularity there comes criticisms. Both were criticized to a great extent for the wide age gap between the two. He was 26 years older than her.

Nevertheless, they took their relationship to the next level and got married on April 22, 2018, at Alibaug with the presence of family and friends

Being the wife of actor and supermodel Milind Soman.

She was born and raised in Guwahati, Assam.

Post-graduation, she joined Air Asia as a cabin crew and worked there until 2018 before quitting her job.

She likes to keep herself fit and healthy and goes to the gym regularly.

Ankita loves traveling. In addition to that, she also enjoys running, reading, watching movies, and swimming.

She can speak multiple languages such as Hindi, Bengali, Assamese, and French.