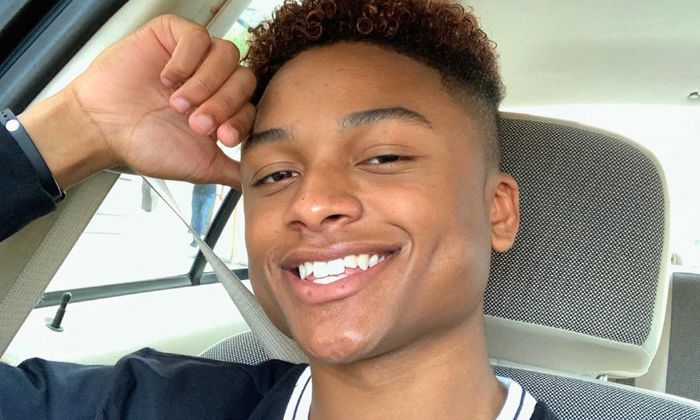 American internet personality and TikTok star Andre Swilley has created a career for himself by posting comical videos on TikTok. He has cultivated over 8 million fans on the lip-syncing app where he has found a lot of success and fame. Inspired by fellow internet influencers, Andre started making short comedy skits and other entertaining videos as a teenager and uploaded them to his TikTok account (previously Musical.ly).

He has built an incredible resume in an online career of four years. In addition to the ever-growing fanbase on the app, Andre has also garnered a huge fan base on YouTube and other social media platforms like Instagram and Twitter.

Andre Swilley was born on the 16th of May 1998, in Austin, Texas, United States of America. He is currently 23 years old.

Concerning his personal life, there’s very little information about his family and early life as he has not disclosed anything about his parents. However, he was the youngest of three children to his parents. He grew up along with his older sisters in the Dallas and Fort Worth area.

Andre was educated at the Rogene Worley Middle School and then attended Galesburg High School. He completed his high school in 2016 and then moved to Los Angeles to pursue a career of his choice.

Talking about Andre’s love life, the budding star has been in a relationship with fellow TikTok star Gabby Morrison. They came to know each other on TikTok and after a few collaborations, they began dating in early 2019 and confirmed the same to their fans. They often post pictures on each of their respective Instagram accounts as well on other social media accounts.

As a passionate actor, Andre Swilley made use of social media platforms, especially TikTok, to showcase his talents. He joined the lip-syncing app, TikTok (formerly Musical.ly) right after graduation and began posting short videos in which he is good at.

He soon became popular on the app as well as on the now-defunct Vine, where he had a remarkable following. Andre focuses on comedy and acting which he instills in every topic he covers. He loves acting so much that he built a social media presence all about it.

He is also known for his eponymous YouTube channel where he uploads a variety of videos covering various topics including challenges, pranks, reactions, and other lifestyle topics. He created his channel in January 2009, however, he uploaded his first video only in 2016.

Andre has accrued little less than a million followers on his Instagram page. His popularity across different social media platforms helped gain his popularity and has significantly helped increase his net worth.

As of 2023, Andre Swilley’s accumulated net worth is between $200 – $500 thousand dollars, largely aided by his accomplishment as an internet star. Social media, YouTube, and TikTok in particular have played a significant role in Andre’s career as well as they have added great value to his net worth. As his online career continues to thrive, Andre’s net worth is expected to grow.

He has collaborated with fellow social star Evan Hufferd on a few TikTok videos.

He loves traveling and his favorite American destinations are Florida and Hawaii.

Andre is a huge fan of the music artist Drake and American actor and singer Raven-Symoné.

His favorite phone brand is Apple.

He owns a merchandise line.