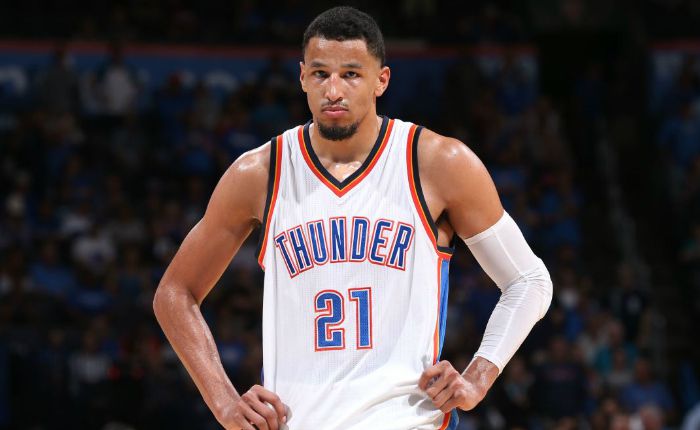 André Roberson is an American professional basketball player who made his NBA debut as a member of the Oklahoma City Thunder in 2013. Since then, he has been playing for them in the Shooting guard / Small forward position. While playing college basketball for the Colorado Buffaloes, the Las Cruces native was named the Pac-12 Defensive Player of the Year. in 2017, he was named to the NBA All-Defensive Second Team.

It doesn’t come as a surprise from where he got his athletic genes. Apparently, he did inherit from his parents who were both athletes in college. His father, John Roberson, was a former professional basketball player who played basketball in school as well as college. He also played professional basketball for over 12 years after college. On the other hand, his mother, Lisa Roberson (nee Whiteshell), was also a volleyball player. She was a member of the school’s women’s volleyball team at New Mexico State University where she studied. Andre has six siblings, Anthony, Amber, Aaliyah, Arielle, Arianna, and Ashlee Roberson. Except for his two youngest siblings, all of them are athletes.

André Roberson went to Karen Wagner High School in San Antonio, Texas. He was a standout basketballer in his senior high and played for his high school basketball team. Roberson held an average of 15 points, 12 rebounds, and 1.7 blocked shots per game. After completing high school in 2010, he got admission to the University of Colorado where he played for the Colorado Buffaloes under coach Tad Boyle. He was named first-team All-Pac-12 and the conference Defensive Player of the Year. At the end of his junior season, Roberson was selected the 2013 NBA draft by the Minnesota Timberwolves as the 26th overall pick. He was later acquired by the Oklahoma City Thunder on draft night.

Andre Roberson is currently dating NBA 2KTV host Rachel DeMita. She is already a popular name in the media industry who doesn’t need any introduction. The Ohio native was a former Division 1 college basketballer, who holds a degree in Journalism and Performing Arts. She has worked with a number of popular networks including ESPN, NBA TV, Bleacher Report, and Fox Sports Digital. Also an internet celebrity, she has amassed over 1.3 million followers on the photo-uploading app, Instagram.

André Roberson made his NBA debut in the 2013 draft season. He was selected by the Minnesota Timberwolves in Round 1 with Pick 26 on June 27, 2013. That same day, his rights were later acquired by the Oklahoma City Thunder in exchange for the draft rights to Archie Goodwin and cash. During the 2013-14 season, Roberson played in a total of 40 games with an average of 10 minutes per game, 0.485 field goal percentage, and 2.4 rebounds per game.

He has endorsed a number of brands over the course of his sports career.

According to sources, André Roberson’s net worth is estimated at $2 million. In 2017, he signed a three contract with the Oklahoma City Thunder for $30 million. In 2018-19, he will earn a base salary of $10 million while carrying a cap hit of $10 million and a dead cap value of $20 million. During the six seasons of his NBA career, he has made estimated earnings of $24 million.

Growing up, he decided to make a career in basketball following in the footsteps of his father.

He is one of the highest-paid players of the Oklahoma City Thunder.

In his junior high, he was named first-team all-conference honors in the Pac-12 for the second time, and also earned the Pac-12 Defensive Player of the Year.

During his rookie season, Roberson played many games for the Tulsa 66ers of the NBA Development League from 2013 to 2014. He finished the season averaging 1.9 points and 2.4 rebounds per game.

The 2016-17 season was the best in his 5 years NBA career. During the season, he played a total of 79 games and apparently started all the games that he played in, with an average of 6.6 points and 5.1 rebounds per game.

Roberson was named to the NBA All-Defensive Second Team in 2017.

He is projected to be the 100th best-paid NBA player and the 41st best-paid guard next year.

On February 16, 2021, Roberson signed with the Brooklyn Nets 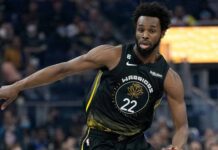