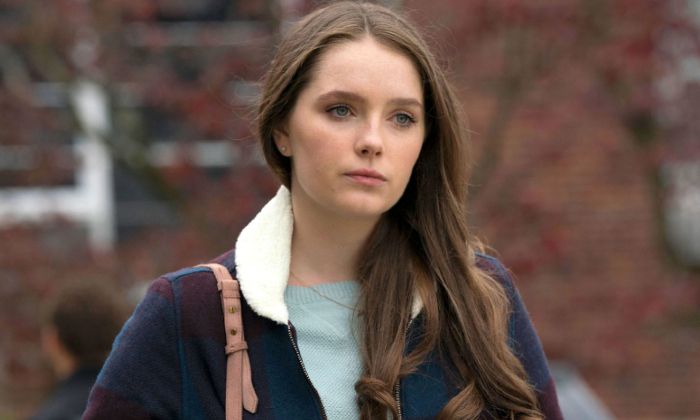 Amy Forsyth is a Canadian actress probably best known for her portrayal of Ashley Fields on Hulu’s The Path from 2016 to 2017. She was a recurring cast on Defiance, in which she played the role of Andina as well as had guest spots on Reign, Degrassi, and The Lizzie Borden Chronicles. Her film credits include Torment, A Christmas Horror Story, Hell Fest, We Summon the Darkness, and Coda.

Amy Forsyth was born on the 6th of August 1995, in Ontario, Canada. She’s currently 27 years old.

Amy hasn’t divulged too many details about her early family life, including the identities and professions of her parents. She grew up with her older brother named Joel, who currently works as an industrial designer, in a small town in Toronto.

Also, there is no information in regards to her education. She studied ballet as a teen and was also involved in theatre throughout her school.

An interesting tidbit on how much passion she’s for acting is that she’s performed in musical theatre for around ten years before signing with an agent to pursue her dreams.

There’s not much to share when it comes to her dating life. Judging by her social media posts, we can say she’s single for sure. She’s currently focused on building her career.

Amy Forsyth had a very humble beginning and kick-started her career with guest roles in films and TV series. After being guested in various projects, she got her big break in the TV series Defiance, in which she played the role of Adina, co-starring Grant Bowler, Julie Benz, and Stephanie Leonidas.

Though she had been a part of various lauding projects, it was her role in Hulu’s drama series The Path that earned her mainstream success. She played Ashley Fields, a popular girl at Hawk’s school, alongside Aaron Paul, Michelle Monaghan, and Hugh Dancy in the series. That newfound fame helped her to earn a respectable name in the industry.

She learned ballet at her local dance studio in Stouffville, a small town Northeast of Toronto.

In 2021, she played Gertie alongside Emilia Jones and Eugenio Derbez in the drama film CODA, written and directed by Sian Heder.

In 2022, she had a recurring role in season one of the TV series The Gilded Age, portraying the character called Carrie Astor.