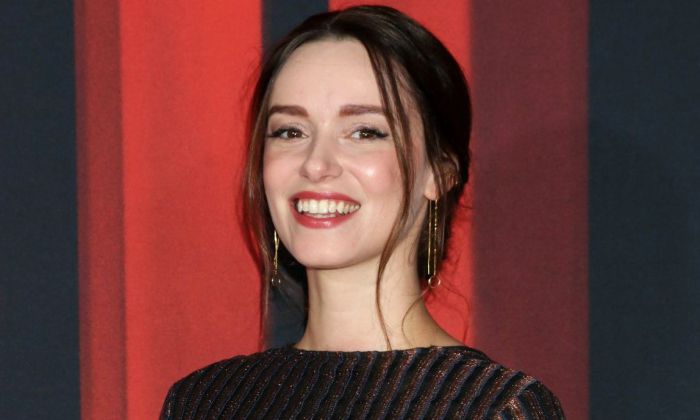 Who is Alex Essoe?

Alex Essoe is a Canadian actress probably best known for playing major roles in movies such as Starry Eyes, Doctor Sleep, Death of Me, and The Haunting of Bly Manor. She has appeared in TV shows Reaper, Crash, and House of Flies. Besides acting, she has also proved her mettle as a writer in the film Homewrecker, which she’s produced and starred in. Alex has garnered a significant 18 thousand Instagram followers.

Very little is known about Alex’s parents as she hasn’t talked too much about them even in interviews, except that her mother was a stage actress. She’s the only child to her parents and spent a major part of her childhood in Dhahran, Saudi Arabia where she was born.

Her family returned to their hometown in Toronto, Canada when she was 12 years old. She did her elementary schooling while in Saudi and continued her middle and high school in Toronto. She always had a knack for acting from an early age since she grew up watching her mother acting in stage productions and wanted to pursue an acting career. Alex played the lead role in the high school production of Medea.

After she matriculated from high school, she attended an acting workshop in Toronto and then studied acting at an acting school in Vancouver. Her future career aspirations led her to Los Angeles to study acting.

Now, this is the topic that most of you are probably looking forward to. Alex, in fact, has no visible relationship ties with anyone, or there are no credible sources to confirm the existence of a potential significant other. It appears that she has no plans to reveal the identity of her boyfriend to fans in case if she has a boyfriend.

Alex Essoe started her acting career in 2008. She appeared in independent films and short films to gain experience in acting. Her early work includes guest-starring roles in TV shows like Reaper and Crash. She had her first major breakthrough when she played the lead in the horror film, Starry Eyes, in 2014.

Over the years, Alex has appeared in various films and TV shows, in particular horror films. Her most recent career accomplishment include Wendy Torrance in the horror film, Doctor Sleep (2019), Samantha in Death of Me (2020) and Charlotte Wingrave in The Haunting of Bly Manor (2020).

Alex Essoe has quite a presence on social media. She has accomplished a lot as an actor. She’s attracted an audience of 18 thousand followers on her @alexessoe Instagram account.