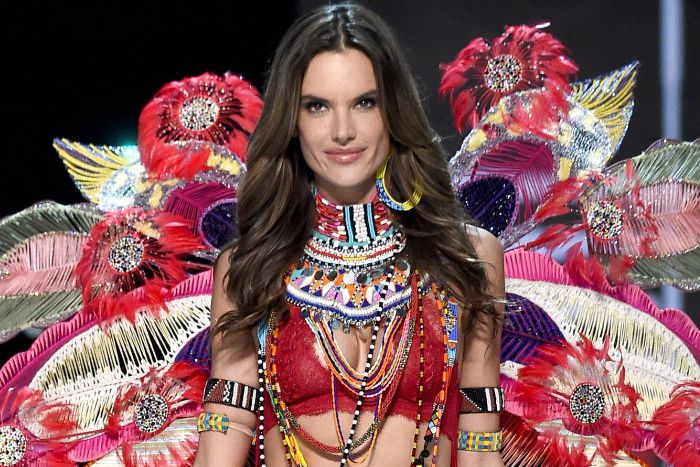 Alessandra Ambrosio is a famous Brazilian model and actress widely recognized for her work with the lingerie giant Victoria’s Secret. She became a Victoria’s Secret Angel in 2000 and represented them until her retirement in 2017. She was picked as the first spokesmodel for its PINK line.

In 2012, Forbes’s listed her as no.6 on their list of the highest-paid models, with annual earnings of $6.6 million. She has appeared on the cover of several international magazines as well as featured in their editorials including, Vogue, GQ, Harper’s Bazaar, Elle, Glamour, Marie Claire, and Cosmopolitan.

Alessandra Ambrosio was born on the 11th of April 1981, in Erechim, Rio Grande do Sul, Brazil. She’s currently 41 years old.

There is no information regarding her education available at this time. At 12, she attended modeling class and got selected for the 1995 Elite Model Look national competition for Brazil at the age of 14.

Ambrosio started dating businessman Jamie Mazur, founder of RE/DONE jeans, in 2005, and they got engaged in 2008. Together, they have two children, Anja Louise (b. 2008) and Noah Phoenix (b. 2012), both born in Florianópolis. On March 17, 2018, she announced that she and Mazur have ended their ten-year engagement.

Alessandra Ambrosio made her acting debut as a cameo in the 2006 hit ‘film Casino Royale’, playing briefly as Tennis Girl #1.

In 2004, Ambrosio appeared in an episode of CBS’ ‘The Late Late Show’ as herself.

She is also the ambassador for the National Multiple Sclerosis Society.

She had cosmetic surgery to get her large ears pinned back at the age of 11, though she had complications after two years.

Her first notable modeling job was shooting the cover of Brazilian Elle magazine.

In 2004, she launched her own swimwear line, Alessandra Ambrosio by Sais, in collaboration with Rosa Cha.

She later launched her own fashion and lifestyle brand, Ale by Alessandra, partnered with US retailer Cherokee, offering a range of women’s formal wear for age group 18-25 years.

She acted in ‘The Yips’ episode of ‘How I Met Your Mother’ drama series in 2007, along with her fellow Victoria’s Secret Angels – Miranda Kerr, Adriana Lima, Marisa Miller, Heidi Klum, and Selita Ebanks.

In 2010, she held the spot of #5 on the Forbes’ list of ‘The World’s Top-Earning Models, with estimated earnings of $5 million that year, and the following year, her ranking declined to #6 with annual earnings of $6.6 million.

The People’s magazine included her in their ‘100 Most Beautiful People in the World’ list in 2007.

She is trained in Brazilian martial arts called Capoeira.

Alessandra Ambrosio has graced the covers of more than 50 renowned international magazines.

She is an American citizen since 2020.