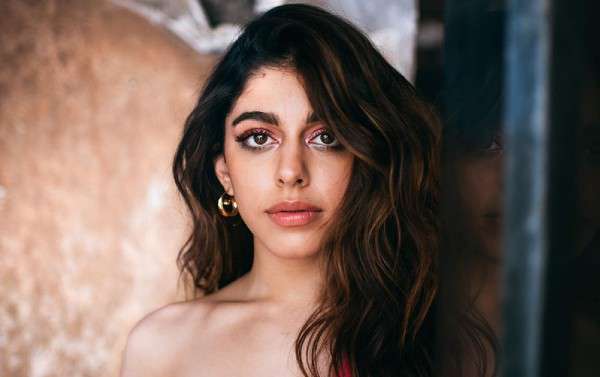 Aalia Furniturewalla, better known by her stage name Alaya F, is an Indian actress and model. She burst into the acting scene in 2020 with the comedy film titled Jawaani Jaaneman, starring Saif Ali Khan and Tabu. She shines as a 21-year-old girl Tia Singh in the film, earning praise for her incredible performance as well as a Filmfare Award for Best Female Debut.

In 2020, Alaya won the Fresh Face Female award at the Vogue Beauty Awards, and a year later, she bagged the Most Powerful Performance award at the Bollywood Life Awards. After an impressive debut, the budding actress has now chosen to broaden her acting horizons by starring in more films. Here is all you need to know about the actress’s parents, body measurements, net worth, and personal life.

Alaya comes from a family of performers. Her mother is a famous actress named Pooja Bedi, and her father, Farhan Ebrahim Furniturewalla, is a businessman. Her maternal grandfather, Kabir Bedi, is a renowned actor in Bollywoood, while her maternal grandmother, Protima Bedi, is a classical dancer. She has a younger brother named Omar Furniturewalla.

Alaya did her schooling at the Jamnabai Narsee School, a private school in Juhu, Mumbai. After that, she moved to New York City to study acting at the prestigious School of Film and Acting (NYFA) at the New York Film Academy.

Also, she currently pursues dance and is being trained in contemporary and kathak.

She is rumored to be dating Aaishvary Thackeray since 2020.

Alaya debuted on the big screen with the movie Jawaani Jaaneman, in which she played a young girl named Tia Singh. Despite the movie itself not doing well at the box office, she earned critical praise for her performance that earned her the Best Debut award at the 2021 Filmfare Awards. With her newfound fame, she quickly became “one to watch” in the entertainment industry.

Though she’s new to the industry as an actor, she’s already a familiar name, thanks to her family heritage. Her mother and grandfather are well-known actors and she’s up in the line who’s on the brink of achieving stardom.

Her current net worth is unknown but as a daughter of wealthy parents, she’s already enjoying an affluent lifestyle. There’s no doubt that she will inherit a huge amount of money from her parents sooner or later.

She spent her entire childhood in Mumbai, where she was raised by her mother. Her parents divorced in 2003 and she was just five years old then.

She learned nuances of acting under the mentorship of acting coach Ritesh Kant.

Alaya, in fact, a tattoo lover, has got many of them. She has the word “Positivity” inked on her right forearm, Wings on her back and another one on her left upper arm.

Alaya has appeared on the covers of magazines such as Cosmopolitan, Femina, Grazia India, and Filmfare.

She is the face of fashion label called Flying Machine.

The budding actress has more than 1 million followers on Instagram and the numbers are counting still.