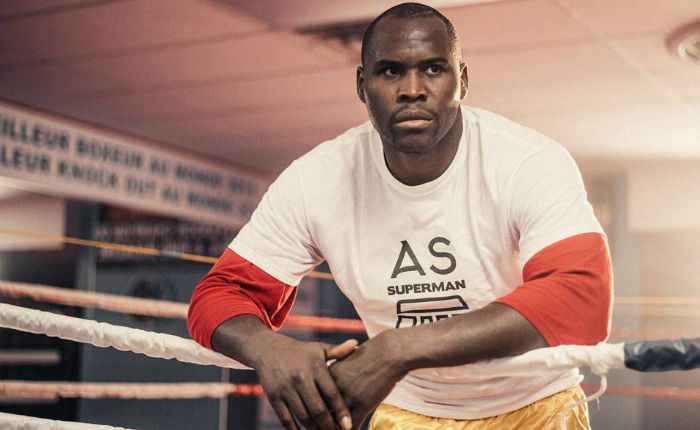 Stevenson is one of the last celebrity boxers trained by the legendary boxer-turned trainer Emanuel Steward. He gained a lot of attention lately when he turned pro in 2006. His achievements inside the ring can be considered exponential as he started his career as an amateur fighter relatively late.

Adonis Stevenson was born on the 22nd of September 1977 in Port-au-Prince, Haiti. He is currently 44 years old.

Adonis Stevenson has always managed to keep the personal aspect of his life under the wraps, thus there are not many known details about his parents as well as his education.

Talking about his personal life, very little is known to the world other than his close associates and friends. He is married to a woman named Simone God, who is the CEO of a home cleaning service and a fashion company. They both have a son named Adonis Stevenson Jr.

His family moved to Montreal, Quebec when he was 7 years old. By the time he turned 14, he was already a street guy and a member of a local violent gang. He started leading a criminal lifestyle that led him to serve 18 months jail term out of a 4-year prison sentence. He was convicted for assault, issuing threats, and managing prostitutes after a criminal trial in 1988.

He was released in 2001, vowed to himself that he would never return to his criminal past, and took boxing as his full-time career. He won the Quebec Middleweight champion in 2004 and went on to become his country’s best amateur fighter in 2005-2006. As an amateur fighter, he won the Canada national title in 2005 and 2006 and grabbed silver in the XVII Commonwealth Games in 2006.

Stevenson turned professional in September 2006 at age 29. At his debut match, he knocked out his opponent, Mike Funk, in just twenty-two seconds. Over the years, he won several titles in both super-middleweight and light-heavyweight divisions. He holds a record of 29:2 with 24 knockouts which are considered one of the greatest achievements in the boxing circuit.

In his remarkable boxing career, Stevenson has only faced two defeats in 2010 and 2018, respectively. In 2010, American boxer Darnell Boone knocked him out in the second round, his first defeat in his professional career. Again in 2018, he suffered his second defeat in the hands of Ukrainian boxer  Oleksandr Gvozdyk in the 11th round knocked. These two had several exchanges inside the ring before a final violent exchange in the 11th. Stevenson was hospitalized on Saturday night listed as being in critical condition and has since been upgraded to stable.

Stevenson defended his light heavyweight champion on November 30, 2013, against Tony Bellow. In the match, Stevenson became the first-ever boxer in history to defeat Bellew with a knock-out.

In his professional boxing career so far, Adonis Stevenson has won 29 of 32 fights, of which 24 coming by knockouts.

In 2012, in an interview, Stevenson admitted to serving jail time in Bordeaux, Quebec on charges of managing prostitutes, assault, and making threats.

His reach is measured at 77 inches, approximately 196 cm.

On December 1, 2018, in his 10th WBC light heavyweight title defense, Stevenson suffered defeat after being knocked out by Ukrainian professional boxer Oleksandr Gvozdyk. The 41-year old was hospitalized and is health condition is currently stable after being in a coma for a day.