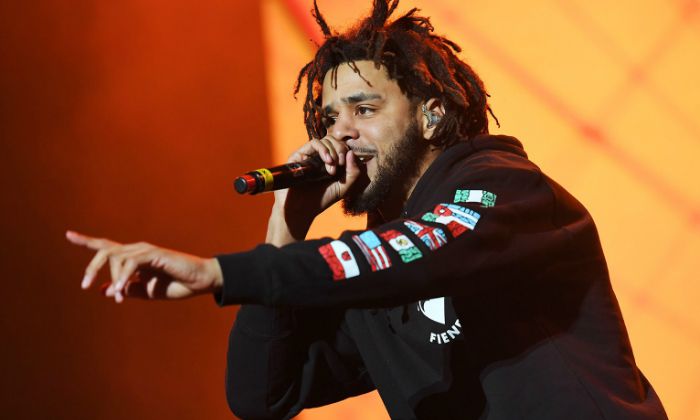 Jermaine Lamarr Cole, better known by his stage name, J. Cole, is an American hip hop recording artist, record producer, and songwriter. He shot to fame with the release of his first mixtape ‘The Come Up’ in 2007 and released two additional mixtapes in 2009. As of 2019, J.Cole has a net worth of $35 million.

Born on January 28, 1985, to an African-American father and a white American mother, Cole was raised by his mother as his father left when he was very young. He started rapping at the age of 12 and by 14, he took up his career seriously and devoted himself completely to music creation.

Inspired by rappers like Canibus, and Tupac Shakur he started developing stories with his raps. Shortly after the release if debut mixtape, Cole was signed to American rapper Jay-Z’s record label Roc Nation. He released his debut studio album “Cole World: The Sideline Story” in 2011, which debuted at #1 on the Billboard 200, US Rap, and US R&B/Hip-Hop charts.

His second album “Born Sinner”, released in 2013, also debuted atop on all three of those charts. Cole followed it up with albums “2014 Forest Hills Drive”, “4 Your Eyez Only” and “KOD”, all of which debuted at #1 on all of those charts as well as #1 in Canada.

J. Cole is one of the most successful rappers in the world. He has come all the way along, learning rapping on his own to America’s most popular rapper today. He has collaborated with the likes of Drake, Omen, and Wale and has released a number of mixtapes, EPs and studio albums.