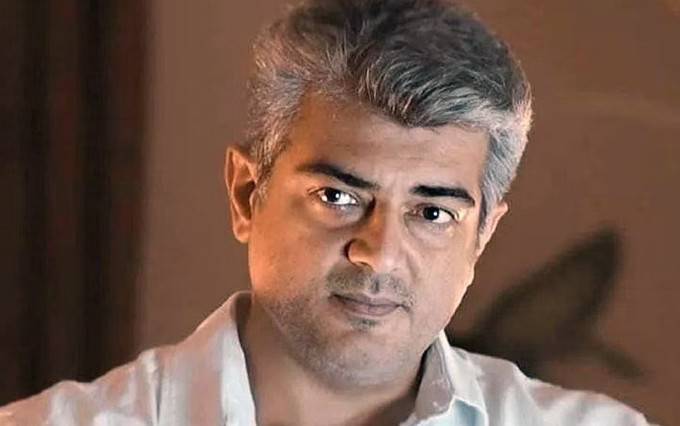 Indian film actor and occasional car racer Ajith Kumar is best known for his work in the Tamil film industry. He has starred in a number of such commercially successful films as Amarkalam, Dheena, Villain, Vaali, Attahasam, Varalaru, Mankatha, Arrambam, Veeram, Yennai Arindhaal, Vedalam, and Viswasam.

Ajith is truly a self-made star and his meteoric rise in the industry is pretty much evident to prove his mettle as a charismatic and humble actor. He is one of the highest-paid as well as the most followed actors down south, especially in Tamil Nadu, where he has an enormous fan base. He was included in the Forbes India Celebrity 100 list three times.

Ajith was born on the 1st of May 1971, in Secunderabad, Hyderabad, Andhra Pradesh (now Telangana), India. He is currently 51 years old.

Ajith hails from a typical middle-class Indian family. Though there is not much information about Ajith’s early life, he was raised by his parents, P. Subramaniam, who is from Palakkad, Kerala while his mother, Mohini, on the other hand, is from Kolkata, West Bengal.

Ajith attended Asan Memorial Senior Secondary School but dropped out to pursue his dream as a race car driver.

Ajith Kumar is married to his long-time girlfriend and actress Shalini since 2000. The duo started dating during the filming of Amarkalam and during this time, their relationship was subject to widespread media attention.

His debut film as a lead actor was Amaravathi, a 1993 -language film, where he starred opposite debutant actress Sanghavi. Directed by Selva, the film saw a moderate success that brought him a lot of fame and critical acclaim.

That same year, he made his Telugu debut in the film Prema Pusthakam opposite Kanchan, which didn’t do well at the box office. It was his only Telugu film to date. In 2001, he went to Bollywood, starring in Asoka, an epic historical drama film that chronicled the early life of King Asoka.

Ajith turned professional car race driver by competing in several racing championships across India, including Chennai, Mumbai and Delhi. He was one among few Indian racers to compete in international circuits and Formula championships. He raced in the 2010 Formula 2 Championship along with two other Indians, Armaan Ebrahim and Parthiva Sureshwaren. Ajith finished twelfth in the inaugural Formula BMW Asia championship. Take a look at Ajith’s accomplishments in his racing career.

Ajith has given a host of hit movies in a career spanning almost three decades. Ajith scored hit numbers, starting with the romantic thriller Aasai (1995), his first major acting breakthrough, a contemporary film that was directed by Vasanth. He followed it up with epistolary Kadhal Kottai (1996), a film that propelled his acting career and established him as a romantic hero.

In 1998, he starred in a romantic flick, Kaadhal Mannan, a critically acclaimed and commercially successful movie that proved his mettle as an actor. The following year, he had six releases, out of which Vaali (1999) and Amarkalam (1999) were smashing hits, which earned him Cinema Express Awards for Best Actor. He showcased his acting prowess in both movies, playing a sarcastic villain in Valli and a menacing goon in Amarkalam. The former earned him his first Filmfare Award for Best Tamil Actor.

A number of hits followed, such as Mugavaree (2000), Kandukondain Kandukondain (2000), Dheena (2001), Citizen (2001), Poovellam Un Vasam (2001), Villain (2002), Varalaru (2006) and Billa (2007) before he had his biggest release in recent years with Venkat Prabhu’s Mankatha, in which he played a protagonist, a money-minded, suspended cop Vinayak Mahadev. His major breakthrough in recent years came with Viswasam (2019), where he got to play the title character Thookku Durai opposite Nayanthara. The film grossed over Rs 200 crore at the Indian box office, becoming one of the highest grossing films of the year.

Ajith has featured in several television commercials and print ads before acting movies. In 2004, he became the face of Nescafe for Tamil Nadu and that was the last product /brand he has since promoted.

He rose to fame in the mid-nineties following the commercial success of movies like Kadhal Kottai, Aasai, Vaali, Amarkalam, and Dheena.

Ajith is usually referred to as Thala by his fans.

He started to work as a model at the age of 18 to support his racing career before landing film roles.

Before getting into acting, Ajith was a model and featured in many TVC ads. He had only once endorsed the brand Nescafe in 2004 and after that, he stopped endorsing brands and acting in TVC ads.

Ajith also worked as a salesman for a garment export company.

He had only intended to become a racer, but due to subsequent accidents and financial hurdles, Ajith had to take up an acting career to support his passion. Due to this, he was unable to concentrate on racing.

Though his father was a Tamil, he doesn’t know Tamil and mastered it only after becoming an actor.

Ajith is one of the few actors in India to have a pilot license.

He is passionate about aviation, cars, and superbikes. He has a garage in his house, which is a home for a number of his mini unmanned helicopters and flights.

Ajith created the non-profit organization “Mohini-Mani Foundation”, named after his parents, in order to promote self-hygiene and civic consciousness and to help ease the problems of urban sprawl.

Despite having a huge fan following, he keeps himself off the public events and functions.

Ajith is an ardent devotee of Sai Baba.

He is a great foodie, and, of course, a great cook. He used to try different types of food wherever he goes and he will appreciate the chef in person if he likes the food.

He accepts his salary only in the form of cheques as he never encourages black money.

Ajith has an interesting hobby like collecting miniature helmets, rare coins, and stamps.

Due to his passion for UAVs and drones, he was made the test pilot and UAV system advisory by Madras Institute of Technology for Medical Express-2018 UAV Challenge.

Ajith dismantled his fans club as he doesn’t want his fans to waste time on movies a lot.