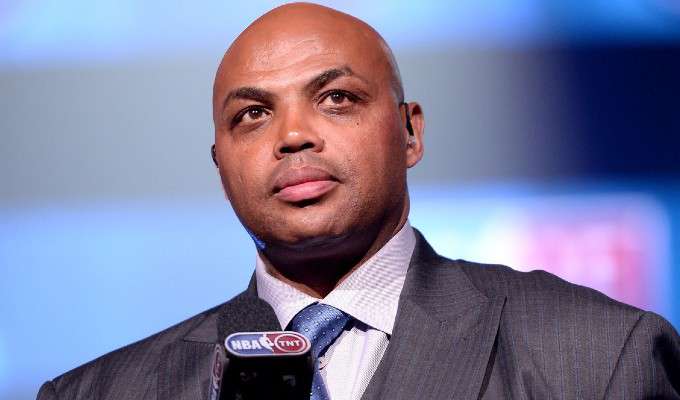 Everyone says that we should learn from our mistakes, but few point out that we can learn from the mistakes of others. Celebs are often known more for their mistakes than their achievements and these are in the public domain. Let’s check out the mistakes of Charles Barkley, including the big one that cost him $4 million.

Who Is Charles Barkley?

If you are an NBA fan, the question would be redundant, even stupid. Some background is necessary for our readers that are not into basketball so that they understand the context in which Barkley made the mistakes.

Over a career spanning 16 years from 1984 to 2000, Barkley played for the Philadelphia 76ers, the Phoenix Suns, and the Houston Rockets. His biggest claim to fame was eleven straight NBA All-Stars from 1987 to 1997. Sir Charles, as he was popularly known, was embroiled in controversy even during his playing days. In 1991, Barkley got enraged at a spectator hurling racial abuses at his team. He reacted by spitting on the miscreant but hit an innocent female fan instead. An immediate fine and suspension led to some introspection. Barkley learned from his error and tried to channel his rage into giving better performances in the arena. The ace basketball forward later admitted that with his fair share of fights and playing while drunk, he was not a role model to his fans.

In a recent talk with Dr. Phil of the famous Phil in the Blanks podcast, Barkley said that the bigger mistakes celebs make are after their retirement. He was speaking about sportspersons in particular, but the reasoning could apply to other fields as well. The big achievers usually end up with loads of money when they retire. Many cannot slip into newer roles that are less glamorous. Then they also have time on their hands and pick up addictions of various sorts. Celebs that have succumbed to alcoholism or drug abuse will not be hard to discover.

Barkley slipped into a new role after retirement as a key commentator and analyst at TNT’s Inside the NBA, apparently with a huge paycheck, but yet he could not handle money well. His poison was gambling and it got him into trouble in 2009. He ran up gambling debts amounting to $400,000 at the Wynn Las Vegas casino and was sued. He repaid his debt to the casino along with a $40,000 district attorney’s fee. Barkley couldn’t control the impulse to gamble, which ended up ruining him financially.

Barkley did learn from this event. He said on the air that he would not gamble for a year or two, expecting that this self-exclusion would enable him to cool down. He would then stay with sports betting, perhaps betting on himself to win a celebrity golf tournament.

Barkley told Dr. Phil that his big mistake was one that is easy to make when you have lots of money. That brings a lot of friends around you, more of hangers-on really. You want to be liked and you soak in the appreciation. They ask for funds to tide over some problem and you fear that you will lose them if you refuse. You “lend” money to one and another follows suit and there is a chain reaction. Barkley admitted that he gave $4 million to people that he should not have before he realized what was happening. When he said no the first time, the “friends” did not like it and began to hate him. It ended up in bitter relationships.

Barkley referred to an earlier interaction with Dr. Phil, when the latter had said, “money doesn’t solve money problems”. Barkley did not understand this then but is beginning to do so now. Dr. Phil explains why giving away money in this way is a big mistake. When people are accustomed to easy money, they will not bother about jobs or make any effort. All their needs are being taken care of without having to lift a finger. However, when this cash flow stops, and it is bound to stop sometime, the latent money problems come to the fore like a giant monster. Giving money to friends and family members that are genuinely trying to make ends meet and need a little something to tide over temporary problems is perfectly alright.

Barkley lost four million and a host of so-called friends but learned a valuable lesson. He said, “I had to learn the word ‘no.’ You had to lose a lot of friends and not feel bad about it.”

It was a good thing that Barkley learned his lessons in time, so the mistakes did not lead to severe and permanent financial setbacks. Though he lost millions in gambling and gifts to friends, his fortune is still estimated at $50 million. His contract with TNT also provides a steady source of income though at a lower level than if he were still playing. Listening to him trading barbs with colleagues like Shaq, one gets the impression that he is more sorrowful about never having won an NBA title than losing all that money. Sir Charles keeps referring to the errors in his life in his broadcasts, hoping that his fans will learn from his mistakes.

The two main takeaways are – if you have to gamble then do so in a responsible manner and money can only buy sycophants and not real friends.